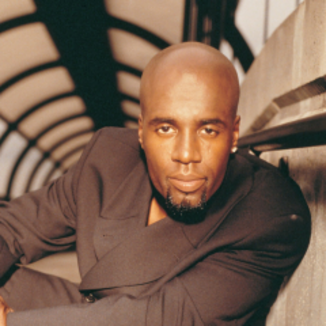 Aaron Robin Hall III (born August 10, 1964) is an American singer and songwriter. Hall rose to prominence in 1988 as a member of the R&B and new jack swing group Guy, which he founded in the late '80s along with Teddy Riley and Timmy Gatling, who was later replaced by Hall's brother Damion Hall. In 1988 Guy released their debut album, which went on to sell over a million copies and was certified platinum. Hall provided lead vocals on songs like "Groove Me," "I Like," and "Piece of My Love." Aaron Hall recorded the song "Don't Be Afraid" for the Juice soundtrack and later join forces with Tupac to record "Toss It Up" for the Makaveli album.