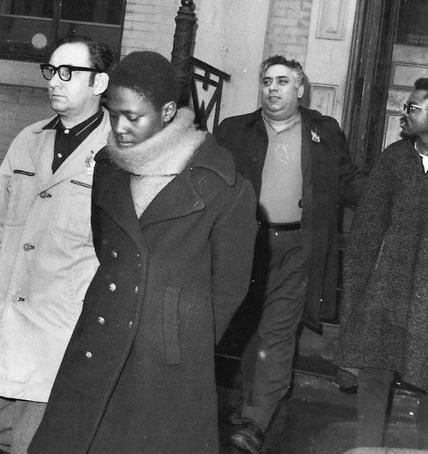 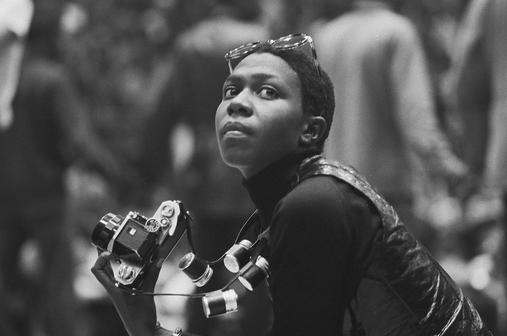 In April 1969, she and twenty other Black Panthers were arrested and charged with several counts of conspiracy to bomb police stations and other public places in New York. With bail set at $100,000 each for the 21 suspects, the Black Panthers decided to raise bail money first for Joseph and Shakur so that those two could work on raising bail for the others. The pre-trial started in February 1970 and the actual trial on September 8, 1970. Charges brought against her and the other members of the Black Panther Party were attempted murder, conspiracy to commit murder, conspiracy to bomb buildings and conspiracy. Shakur represented herself at trial, interviewing several witnesses and arguing in court. In her autobiography, Shakur wrote, "I was young. I was arrogant. And I was brilliant in court...because I thought this was the last time I could speak. The last time before they locked me up forever...I was writing my own obituary." Her statements and questioning of the government infiltrators during the trial is credited with helping to expose the FBI's corruption and help save the Panther 21.

One of the people Shakur cross-examined was Ralph White, a "suspect" who was in fact an undercover policeman who had infiltrated the Black Panthers. Shakur had repeatedly denounced White as a cop because he was "a hothead ... too arrogant for a Panther." White testified it was retaliation for refusing to hire her to work in the Harlem Panther office. Shakur got White to admit under oath that he and the other two agents had organized most of the unlawful activities. "She asked him if he'd ever seen her carry a gun or kill anyone or bomb anything and he answered no, no, no. Then she asked if he'd seen her doing Panther organizing in a school and a hospital and on the streets and he answered, yes, yes, yes."

She and the others in the "Panther 21" were acquitted in May 1971 after an eight-month trial. Altogether, Afeni Shakur spent two years in the New York Women's House of Detention before being acquitted. While in the House of Dentention, Shakur says, she “began relating to the gay sisters in jail beginning to understand their oppression, their anger and the strength in them and in all gay people.” After being released, she participated in a workshop organized by the Gay Liberation Front at the Revolutionary People’s Constitutional Convention in 1970 and continued to advocate against homophobia in the Black Panthers.

After Shakur was acquitted, she did not return to the Black Panther Party. On June 16, 1971, she gave birth to her son, Lesane Parish Crooks, who was later renamed Tupac Amaru Shakur. Shakur's marriage fell apart when it was discovered that Lumumba was not the biological father of her son. His biological father is Billy Garland, who Shakur had worked with in the Black Panther Party. Black Panther Party member Geronimo Pratt was her son's godfather. In 1975, Shakur married Mutulu Shakur and had their daughter, Sekyiwa Shakur. They got divorced in 1982. Shakur worked as a paralegal for a decade before descending into a crack cocaine addiction in the early 1980s

Afeni Shakur Davis was born Alice Faye Williams on January 10, 1947, in Lumberton, North Carolina. She had an older sister, Gloria "Glo" Jean. She had a troubled beginning and grew up resenting her father, a truck driver, because he was abusive towards her mother. At the age of eleven in 1958, Williams and her sister moved to the South Bronx with their mother, a factory worker.

Williams attended Benjamin Franklin Junior High School in the Bronx, where she demonstrated above average reading ability and her grades qualified her for honors. She wrote for the school newspaper, The Franklin Flash, and in the ninth grade won a journalism award for which she received congratulations from Mayor Robert F. Wagner. In 1962, Williams passed the qualifying examinations for the Bronx High School of Science and High School of Performing Arts in Manhattan. She chose the latter because she felt performers and actors were free spirited. However, Williams couldn't afford the school supplies and she felt like an outcast at the school, so she dropped out after one term. She began drifting and became member of a Bronx street gang called the Disciples. She briefly worked a postal job, becoming one of the first women mail carriers in New York.

After hearing Bobby Seale speak, Williams joined the Black Panther Party when they opened an office in Harlem in 1968. There she met Lumumba Shakur, a Sunni Muslim, who she married in November 1968. Following their marriage, she changed her name to Afeni Shakur. She became a section leader of the Harlem chapter and a mentor to new members such as Jamal Joseph.