THE JUNGLE POSSE
Tupac and DJ Klark Gable formed a group called “The Jungle Po$$e with D-Money, Playa, Playa and Wiz. Tupac wrote ‘All in the Daze of a Criminal’ for the group and recorded all four verses of the reference track with DJ Klark Gable. It was the first time Tupac ever recorded in a professional studio. Dayz of a Criminal also appeared on one of Tupac earlier 2Pacalypse handwritten tracklist. 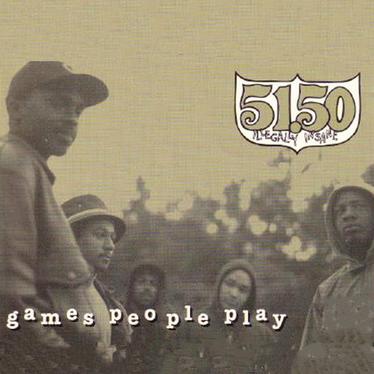 Above the Law was an American hip hop group from Pomona, California, founded in 1989 by Cold 187um, KMG the Illustrator, Go Mack, and DJ Total K-Oss. In 1989, the group signed with Eazy-E's Ruthless Records, while there, the group became an additional influence in pioneering with the group, N.W.A.

Their first album on Ruthless, 1990's Livin' Like Hustlers, featured a guest appearance from N.W.A and production from Dr. Dre. Above the Law member Cold187um worked closely with Dre on production and the two had great influence on each other. Above the Law also collaborated with Tupac and Money B on the song Call It What You Want.

The Flavor Unit is a crew of rappers and DJs from New York City and Northern New Jersey. The original version of the crew centered on producer the 45 King. The 45 King eventually fell into serious drug abuse and Queen Latifah took over the name; it became her umbrella organization. Some of the members included Naughty By Nature, Apache and Freddie Foxxx. 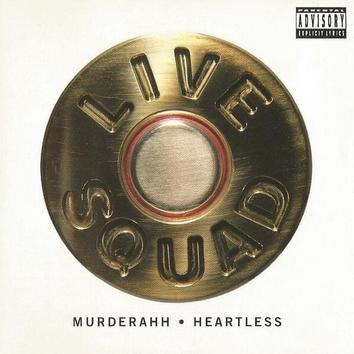 In the late 1980s, Randy, dubbed Stretch, and his brother Christopher, dubbed Majesty, teamed with DJ K-Low, forming Live Squad. In 1988, both rapping and producing it, Live Squad debut with an EP, titled BQ In Full Effect, which, featuring Percee P, includes the tracks "Troopin It" and "We Ain't Havin' It." Noteworthy is Stretch's voice, deep and raspy.

In 1992, Live Squad released a double A side, "Murderahh!"/"Heartless," followed by single, "Game of Survival"/"Pump for a Livin'," in 1993. Live Squad also released an ultra-violent promo short film, Game Of Survival, on VHS tape, showcasing six songs from through group's forthcoming album. In June, national outrage broke out over the Los Angeles area's original gangsta rapper Ice-T's side project, his rock band Body Count's album of heavy metal with its track "Cop Killer." Tommy Boy, favoring radio friendliness over Live Squad and shelved the album.

YOUNG GUNZ
Info Minds conducted a interview in 2018 with Majesty of the legendary rap group Live Squad and original member of the notorious North Queens street crew the Young Gunz. We were also joined by other original members of the Young Gunz including "Dee Dee" and "Homicide". They talk about the origins of Young Gunz, Live Squad, Big Stretch, E-Money Bags etc.

The group Live Squad produced and record with Tupac for 2Pacalypse, Strictly 4 My Niggaz and Thug Life album. They got together with Tupac and recorded the song Strugglin for the Strictly album. They was also featured on the original version Holla If Ya Hear Me for the Troublesome album. During the thug life tour they would perform songs like Heartless, I Get Around and Keep Ya Head Up with Tupac Shakur and the rest of the thug life members. They also went by Thug Music and produced several songs for the thug life album. 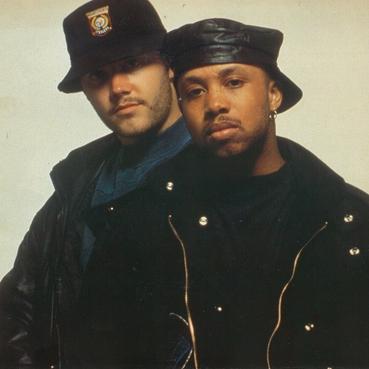 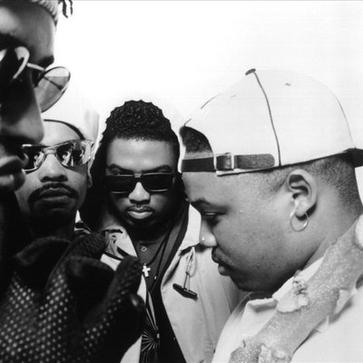 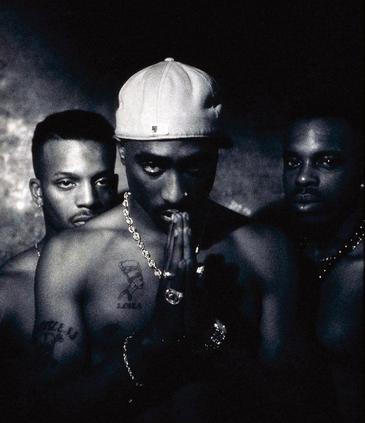 Y?N-Vee formed in the early 1990s was a female R&B group on Island Def Jam. The group was comprised of Natasha Walker, Tescia Harris, Nicole Chaney, and Yenan Ragsdale. They did numerous recordings with Tupac Shakur and members from Thug Life. According to Natasha Walker when she first met Tupac he just bought a house in Atlanta. The first track they did was Time To Get My Drink On an unreleased interlude for the initial Thug Life album. Natasha Walker Y?N-Vee also had the chance to work with Tupac during Death Row. On songs like "How Do You Want It" and a few other tracks. The group released one album, Y?N-Vee in 1994 which had three singles. "Chocolate"  "I'm Goin' Down"  and "4 Play" 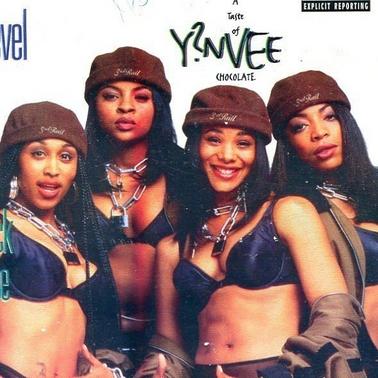 51.50 Illegally Insane was a rap group from Marin City, CA, made up of producer Klark Gable and rappers Levy Love, Ryan D & Tac. Their style was different from the real, mob style Bay Rap from the early-mid 90′s and was more smooth and soulful. 51.50 put out 4 full length albums. Their debut & sophomore releases (which were re-released together in 1999), entitled "Games People Play" (1992) and "Crazy Has Struck Again" (1995) are regarded as Bay Area underground classics but unfortunately rare & hard to find.The group vanished in the early 2000's 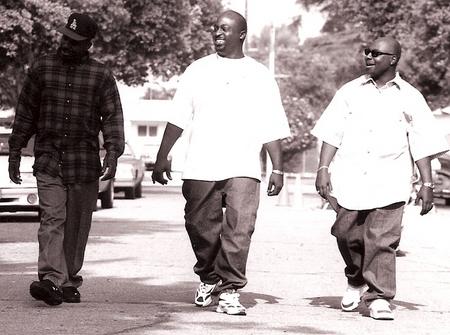 During the recording of the Troublesome/Strictly album Tupac wanted his brother Mopreme and Mouse Man to form a group. WATM (Wycked and the Mouse Man) was a project that the group was working on for a brief moment in 92. Several songs was recorded such as What Goes On, Broken Branches, Never Ignorant Getting Goals Accomplished, Niggaz In The Pen but soon after Tupac started to focus more on the Thug Life material. 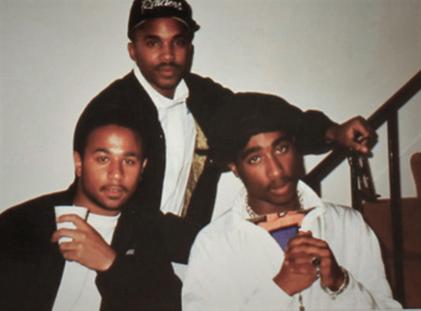 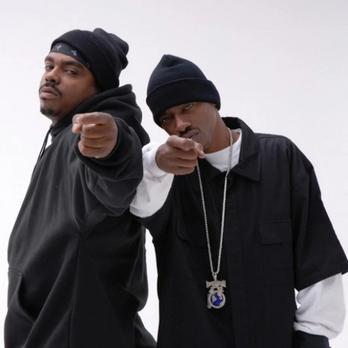 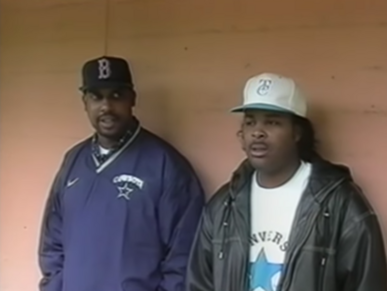 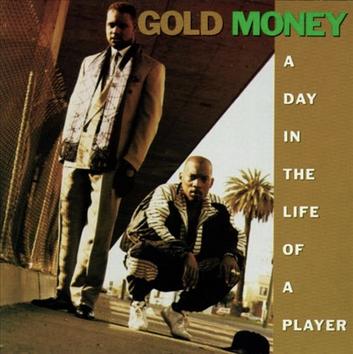 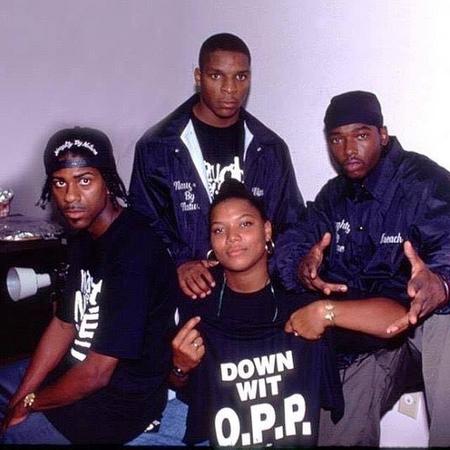 Gold Money was an American hip hop duo from Richmond, California. The duo consisted of rapper Bigg Money Odis and rapper/producer Pee-Wee, both of whom were members of Digital Underground. They released their only album, A Day in the Life of a Player, in 1992, which was unsuccessful and was not able to reach a position on any music charts. Their only single, "Money", peaked at #94 on the Billboard Hot R&B/Hip-Hop chart in April 1992, staying on the chart for only three weeks.

2Pac and The Kidz Nothing Gold (Unreleased Project) (1991-1992) were a group of kids who Tupac believed had talent and may appeal to other younger kids. His intention was to record an album called 'The Kidz' and had around 11-13 songs. Tupac had many handwritten lyrics and tracklist for the Kidz and Thoroheadz. The kidz Members were Karlo, Kieda, Jerry, Step, Delores, Donald, Jesse the Kid, A Sister Named Mister.

TWO FROM THE CREW

Wanting to bring the energy of live R&B to the world, Chopmaster J (co-founder of Digital Underground) founded Force One Network in 1992. Although his roots were hip-hop, Chopmaster J discovered the urban soul voice of Dave Hollister, added the more popular voices of groups like Boys II Men and Jodeci, and came up with a winning single titled "Spirit." Released by Quincy Jones' Quest/Warner Bros., "Spirit" appeared on the film Boyz 'N the Hood, which was a platinum seller and nominated for an Oscar.

In 1995, they released their debut album Dogg Food under Death Row Records. The album debuted #1 on the Billboard 200 and went on to reach twice platinum status. "Let's Play House" was the biggest hit, breaking into the Top 50 of the Billboard Hot 100, while "New York, New York" was an MTV favorite; in the video for the latter, Daz and Snoop stomped Godzilla-like around the Big Apple, taunting their East Coast rivals.

In the October that followed, towards the end of the same year, Tupac Shakur had been bailed out of jail by Death Row's Suge Knight in exchange for releasing his following four albums on Death Row Records. In 1996, Tha Dogg Pound were featured on 2Pac's Death Row Records debut album All Eyez on Me with Kurupt featured in "Got My Mind Made Up" and "Check Out Time" and Daz Dillinger producing the hit songs "2 Of Amerikaz Most Wanted", "Ambitionz Az A Ridah", and "I Ain't Mad At Cha".

Raw Fusion was an American spin-off project from Digital Underground emcee Money-B, with DJ talent provided by DU contributor DJ Fuze. Their albums contained cameos by many of the Digital Underground crew, including Shock G (as himself, Humpty Hump, and the Piano Man) and 2Pac. The group gave a more raw, hardcore feel than the funky styles that typical Digital Underground albums projected, pulling away from their Funkadelic and Parliament roots. Tracks put out under the Raw Fusion name tended to be more experimental, and had less of the flow, that was typically found in other tracks to which Money-B and DJ Fuze had contributed. The group released two albums before disbanding.