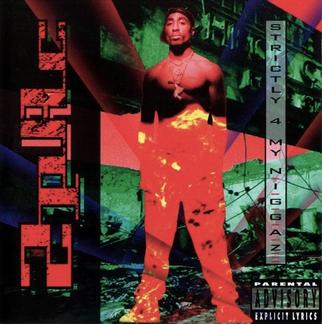 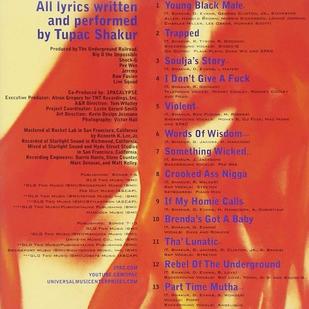 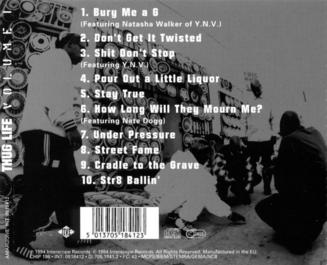 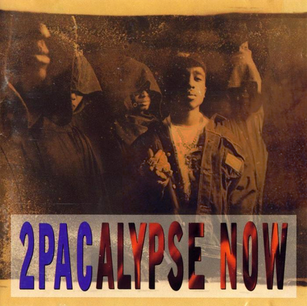 ALL EYEZ ON ME

All Eyez on Me is the fourth studio album by American rapper 2Pac and the last to be released during his lifetime. Released on February 13, 1996, by Death Row and Interscope Records, the album features guest appearances from Dr. Dre, Snoop Doggy Dogg, Redman, Method Man, Nate Dogg, Kurupt, Daz Dillinger, E-40, K-Ci & JoJo, and the Outlawz, among others.

The album features productions by Shakur alongside a variety of producers including DJ Quik, Johnny "J", Dr. Dre, DJ Bobcat, Dat Nigga Daz, DJ Pooh, DeVante Swing, among others. It was the only Death Row/Interscope release that was distributed through PolyGram in the United States.

​All Eyez on Me was the second album by 2Pac to chart at number one on both the Billboard 200 and the Top R&B/Hip-Hop Albums charts, selling 566,000 copies in the first week. Seven months later, 2Pac was fatally wounded in a drive-by shooting. The album won the 1997 Soul Train Music Award for Rap Album of the Year posthumously, and was also posthumously nominated for Best Rap Album at the 39th Grammy Awards in 1997. Shakur also won the award for Favorite Rap/Hip-Hop Artist at the American Music Awards of 1997. 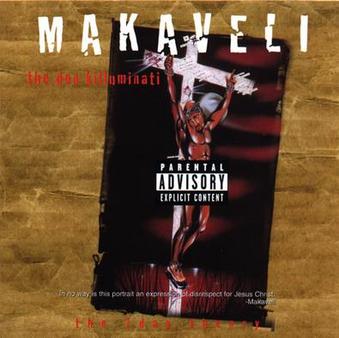 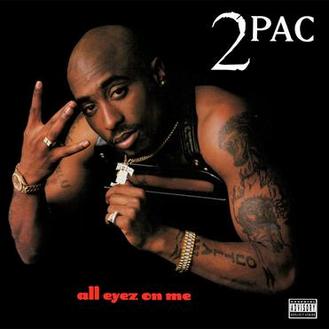 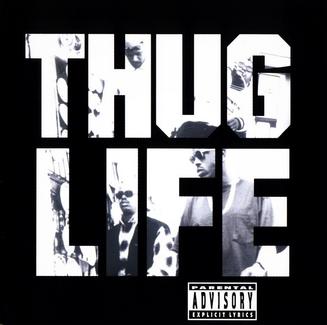 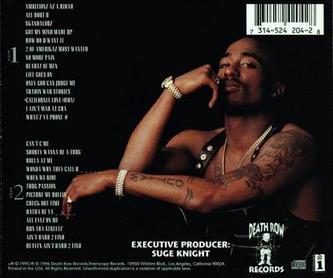 Me Against the World is the third studio album by American rapper 2Pac, released on March 14, 1995, by Interscope Records and Jive Records. 2Pac draws lyrical inspiration from his impending prison sentence, troubles with the police, and poverty, the album is described as being Tupac's most introspective album. According to him, Me Against the World was made to show the hip hop audience his respect for the art form. Lyrically, he intentionally tried to make the album more personal and reflective than his previous efforts. The musical production on the album was considered by several music critics to be the best of any of his albums up to that point in his career. The album features guest appearances from rap group Dramacydal and rapper Richie Rich.

Released while Tupac was imprisoned, Me Against the World made an immediate impact on the charts, debuting at number one on the Billboard 200, holding the top spot for four consecutive weeks, holding the top spot for four consecutive weeks, and also topping the Top R&B/Hip-Hop Albums chart. Me Against the World was eventually certified double platinum by the Recording Industry Association of America (RIAA). At the 38th Grammy Awards, the album was nominated for Best Rap Album and "Dear Mama" was nominated for Best Rap Solo Performance. The album received acclaimed reviews by critics, being ranked among the best albums of the 1990s. It has been ranked by many critics as one of the greatest hip hop albums, as well as one of the greatest albums of all time. In 2008, the National Association of Recording Merchandisers (NARM), in conjunction with the Rock and Roll Hall of Fame, included Me Against the World in its list of the Definitive 200 Albums of All Time.

The album received critical acclaim and has been regarded as one of Shakur's most underrated records.Due to heavy criticism of gangsta rap at the time, the original version of the album was scrapped and re-recorded with many of the original songs being cut. The album only contains ten tracks because Interscope Records felt many of the other recorded songs were too controversial to release. It has been said that 2Pac created two other versions of this album, with many of the songs still remaining unreleased.

Several of these unreleased recordings include a 4 verse solo version of Bury Me A G with two new 2Pac verses, a radio version of Bury Me A G with another new unreleased verse by 2Pac and two alternate recordings of Str8 Balllin', which include never before released adlibs by the rapper. Although the original version of the album never came to fruition as the album went through a number of changes, Tupac performed the planned first single from the album, "Out on Bail" at the 1994 Source Awards. 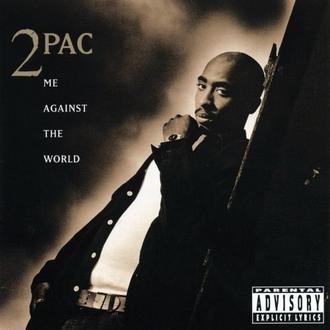 ​The Don Killuminati: The 7 Day Theory (commonly shortened to The 7 Day Theory or Makaveli) is the fifth studio album by American rapper Tupac Shakur, and the last released with his creative input. Recorded in seven days in August 1996, it was released on November 5, 1996, almost two months after his death, under the stage name of Makaveli, through Death Row Records, Makaveli Records and Interscope Records.

It is his only album released under the new alternative stage name and features guest appearances from his rap group Outlawz and rapper Bad Azz, as well as R&B singers Aaron Hall, Danny Boy, K-Ci and JoJo, Val Young and Tyrone Wrice, along with uncredited vocal contributions from reggae musician Prince Ital Joe.

Originally intended as an underground release and preceded by the release of "Toss It Up" as the lead single, the album peaked at number one on the Billboard 200 and sold 664,000 copies within its first week of release. By 1999, it was certified four times platinum by the RIAA. "To Live & Die in L.A." and "Hail Mary" were released later as singles and both garnered praise as standout tracks from the album. None of its singles charted within the Billboard Hot 100, but all charted within the top twenty of singles chart.

The album received polarizing reviews from critics with praise directed at his vocal performance and its production and criticism directed towards its lyrical content and inferior quality in comparison to his previous albums. Critical reception has improved in later years and it is now ranked as one of Shakur's greatest albums, as well as one of the greatest rap albums of all time. 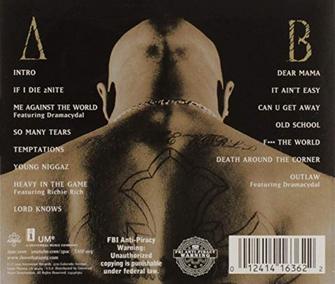 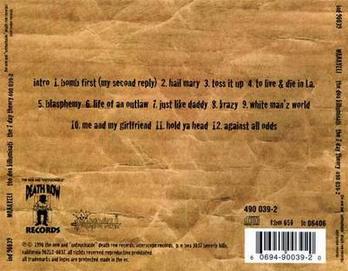 ME AGAINST THE WORLD ​

Similar to his debut, 2Pacalypse Now, the album contains many tracks emphasizing 2Pac's political and social views. The original album was going to be named "Troublesome 21" and released in September 1992, but it was scrapped due to being rejected by Time Warner.

Strictly 4 My N.I.G.G.A.Z. debuted at number 24 on the US Billboard 200 and number four on the US Top R&B/Hip-Hop Albums, selling 38,000 units in its first week. On April 19, 1995, the album was certified platinum by the Recording Industry Association of America (RIAA) for sales of over one million copies in the United States. As of September 2011, the album has sold 1,639,584 copies in the United States.​​

2Pacalypse Now is the debut solo studio album by American rapper 2Pac, released on November 12, 1991, by Interscope and Jive Records. 2Pacalypse Now is Tupac's commentary on contemporary social issues facing American society, such as police brutality, poverty, black on black crime, and teenage pregnancy. It featured three singles: "Brenda's Got a Baby", "Trapped", and "If My Homie Calls"

The album generated significant controversy stemming from then-U.S. Vice President Dan Quayle's public criticism after Ronald Ray Howard murdered a Texas state trooper and his defense attorney claimed he was influenced by 2Pacalypse Now and its strong theme of police brutality. Quayle made the statement, "There's no reason for a record like this to be released. It has no place in our society.

2Pacalypse Now peaked at number 64 on the US Billboard 200 and number 13 on the US Top R&B/Hip-Hop Albums charts. On April 19, 1995, the album was certified gold by the Recording Industry Association of America (RIAA) for sales of over 500,000 copies in the United States. As of September 2011, the album has sold 923,455 copies in the United States. 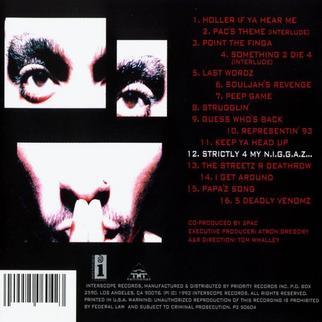