ALL EYEZ ON ME

I Ain't Mad at Cha is a song by American rapper 2Pac from Shakur's fourth studio album, All Eyez on Me (1996). It was released on September 15, 1996 two days after Shakur's death as the album's fourth and final single. The song features contemporary soul singer Danny Boy providing vocals for the its hook and was written by Shakur, Danny Boy and Daz Dillinger, who produced the song using a sample from DeBarge's "A Dream". The lyrics focus on Shakur reminiscing about past friends, love interests and associates he has lost touch with. The song is widely considered one of Shakur's best with Cheo Hodari Coker calling it "possibly the best song 2Pac has ever recorded". 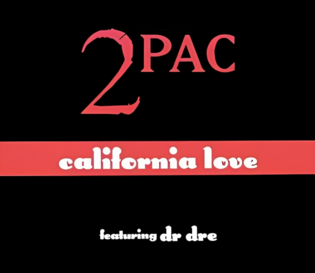 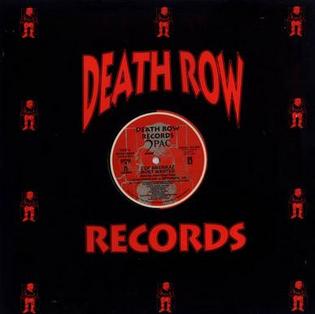 2 of Amerikaz Most Wanted is a song by American rapper 2Pac from his fourth studio album, All Eyez on Me (1996). The song features fellow West Coast rapper    Snoop Doggy Dogg and was produced by Daz Dillinger. The song was released as a promotional single for the album on May 7, 1996 and later as the B-side to the album's second major and third overall single, How Do U Want It. The song peaked at number 46 on the US Billboard Hot R&B/Hip-Hop Airplay chart.[1] The song contains interpolations of Grandmaster Flash and The Furious Five's song "The Message" and "Radio Activity Rap (Let's Jam)" by MC Frosty and Lovin'

How Do U Want It is a song by American rapper 2Pac from his fourth studio album, All Eyez on Me (1996). It was released on June 4, 1996 as a double a-sided single with "California Love" from the same album and was his final single to be released during his lifetime. The song features R&B duo K-Ci & JoJo, who at the time were best known as the lead singers of the group Jodeci. The song reached number one on the U.S. Billboard Hot 100 and number seventeen in the UK in 1996. The song received a Best Rap Performance by a Duo or Group Grammy nomination in 1997. 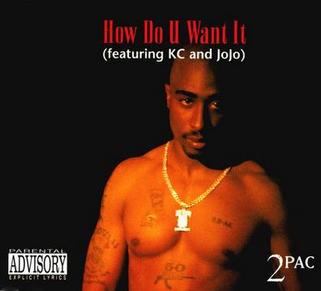 California Love is a song by American rapper 2Pac featuring fellow American rapper  and producer Dr. Dre and American singer Roger Troutman. The song was released as 2Pac's comeback single after his release from prison in 1995 and was his first single as the newest artist of Death Row Records. The remix is featured on the UK version of his fourth album, All Eyez on Me (1996), and is one of 2Pac's most widely known and most successful singles. It reached number one on the Billboard Hot 100 for two weeks (as a double A-side single with "How Do U Want It") and also topped the charts of Italy, New Zealand, and Sweden. The song was posthumously nominated Grammy Award for Best Rap Performance by a Duo or Group in 1997. 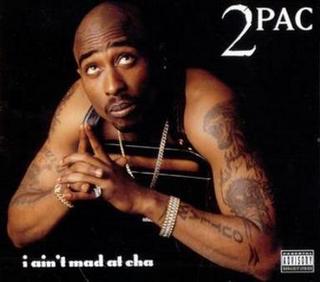