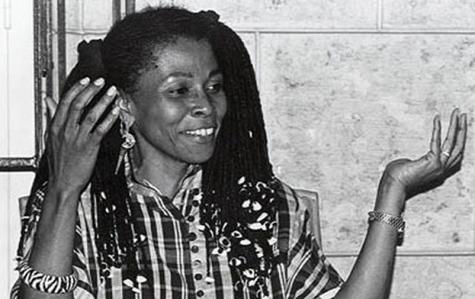 Assata Shakur was born Joanne Deborah Byron, in Flushing, Queens, New York City, on July 16, 1947. She lived for three years with her mother, school teacher Doris E. Johnson, and retired grandparents, Lula and Frank Hill.[8] In 1950, Shakur's parents divorced and she moved with her grandparents to Wilmington, North Carolina. After elementary school, Shakur moved back to Queens to live with her mother and stepfather (her mother had remarried); she attended Parsons Junior High School. Shakur still frequently visited her grandparents in the south. Her family struggled financially and argued frequently; Shakur spent little time at home. She often ran away, staying with strangers and working for short periods of time, until she was taken in by her mother's sister Evelyn A. Williams, a civil rights worker who lived in Manhattan. Shakur has said that her aunt was the heroine of her childhood, as she was constantly introducing her to new things. She said that her aunt was "very sophisticated and knew all kinds of things. She was right up my alley because i [sic] was forever asking all kinds of questions. I wanted to know everything." Williams often took the girl to museums, theaters, and art galleries.

Shakur converted to Roman Catholicism as a child and attended the all-girls Cathedral High School, for six months before transferring to public high school. She attended for a while before dropping out. Shakur is no longer Catholic. Her aunt helped her to later earn a General Educational Development (GED) degree. Often there were few or no other black students in her Catholic high school class.

Shakur later wrote that teachers seemed surprised when she answered a question in class, as if not expecting black people to be intelligent and engaged. She said she was taught a sugar-coated version of history that ignored the oppression suffered by people of color, especially in the United States. In her autobiography, she wrote: "I didn't know what a fool they had made out of me until I grew up and started to read real history".

Shakur attended Borough of Manhattan Community College (BMCC) and then the City College of New York (CCNY) in the mid-1960s, where she became involved in many political activities, civil rights protests, and sit-ins. She was arrested for the first time—with 100 other BMCC students—in 1967, on charges of trespassing. The students had chained and locked the entrance to a college building to protest the low numbers of black faculty and the lack of a black studies program. In April 1967, she married Louis Chesimard, a fellow student-activist at CCNY. Their married life ended within a year; they divorced in December 1970. In her 320-page memoir, Shakur gave one paragraph to her marriage, saying that it ended over their differing views of gender roles.

After graduation from CCNY, Shakur moved to Oakland, California, where she joined the Black Panther Party (BPP). In Oakland, Shakur worked with the BPP to organize protests and community education programs.

After returning to New York City, Shakur led the BPP chapter in Harlem, coordinating the Free Breakfast Program for children, free clinics, and community outreach. But she soon left the party, disliking the macho behavior of the men and believing that the BPP members and leaders lacked knowledge and understanding of United States black history. Shakur joined the Black Liberation Army (BLA), an offshoot whose members were inspired by the Vietcong and the Algerian independence fighters of the Battle of Algiers. They mounted a campaign of guerilla activities against the U.S. government, using such tactics as planting bombs, holding up banks, and murdering drug dealers and police.

She began using the name Assata Olugbala Shakur in 1971, rejecting Joanne Chesimard as a "slave name". Assata is a West African name, derived from the Arabic name Aisha, said to mean "she who struggles", while Shakur means "thankful one" in Arabic. Olugbala means "savior" in Yoruba. She identified as an African and felt her old name no longer fit: "It sounded so strange when people called me Joanne. It really had nothing to do with me. I didn't feel like no Joanne, or no negro, or no amerikan. I felt like an African woman.

Between 1971 and 1973, she was charged with several crimes and was the subject of a multi-state manhunt. In May 1973, Shakur was arrested after being wounded in a shootout on the New Jersey Turnpike. Also involved in the shootout were New Jersey State Troopers Werner Foerster and James Harper and BLA members Sundiata Acoli and Zayd Malik Shakur. State Trooper Harper was wounded; Zayd Shakur was killed; State Trooper Foerster was killed. Between 1973 and 1977, Shakur was charged with murder, attempted murder, armed robbery, bank robbery, and kidnapping in relation to the shootout and six other incidents. She was acquitted on three of the charges and three were dismissed.

In 1977, she was convicted of the murder of State Trooper Foerster and of seven other felonies related to the 1973 shootout. Her defense had argued medical evidence suggested her innocence since her arm was damaged in the shootout.

While serving a life sentence for murder, Shakur escaped in 1979, with assistance from the BLA and members of the May 19 Communist Organization, from the Clinton Correctional Facility for Women in Union Township, NJ, now the Edna Mahan Correctional Facility for Women. She surfaced in Cuba in 1984, where she was granted political asylum. Shakur has lived in Cuba since, despite US government efforts to have her returned. She has been on the FBI Most Wanted Terrorists list since 2013 as Joanne Deborah Chesimard and was the first woman to be added to this list.