The Killing of Tupac Shakur is a biographical, true crime account by American journalist and author Cathy Scott of the 1996 murder of rapper Tupac Shakur. The book made news upon its September 1997 release, on the first anniversary of Shakur's death, because of an autopsy photo included in its pages. It was the first book to be released covering the rapper's death. The book was reprinted in the UK by Plexus Publishing and in Poland by Kagra. Coverage of the autopsy photo, taken of Shakur's body on a gurney in the coroner's examining room, catapulted the book onto the Los Angeles Times bestseller list. New editions of the book were released in 2002 and 2014. 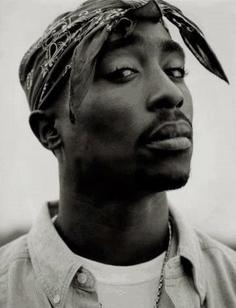 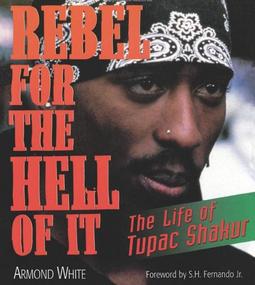 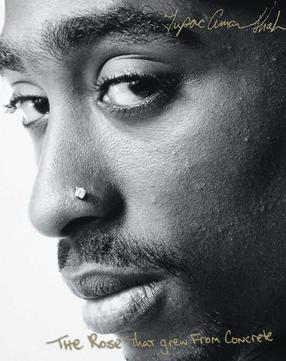 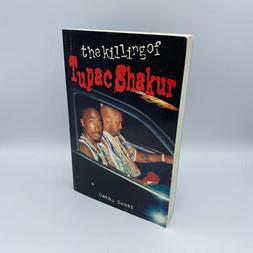 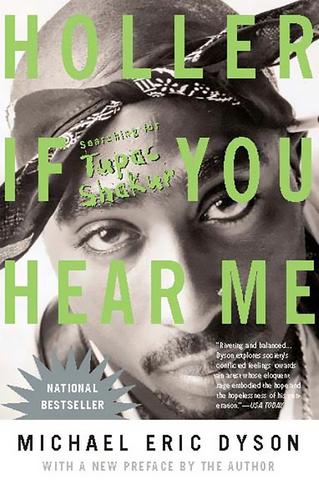 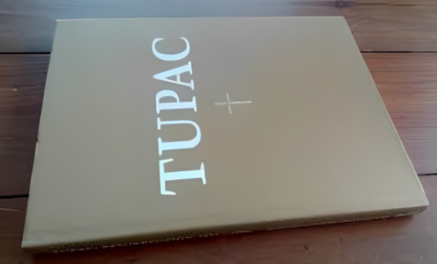 Inside A Thug's Heart published in 2004. Rikers Island is the centerpiece of the New York City Department of Corrections, a sprawling prison city of concrete and steel with housing for more than 16,000 inmates. Early in 1995, it was also the temporary home of legendary rapper and actor Tupac Shakur, incarcerated for a crime he swore he did not commit. And it was there that Angela Ardis, acting on a late-night wager among her friends and coworkers, sent a letter, along with a photo and her phone number. To her utter delight and amazement, Angela's phone rang a short while later. Tupac Shakur was on the line.

Over the next several months, Angela and Tupac shared a near-daily exchange of letters, poems and phone calls, and their the relationship quickly grew into something neither of them could quite define, a kinship of souls that touched each in unexpected ways. Those original poems and letters, many of them written after Tupac's transfer from Rikers to Dannemora State Prison, are presented here, along with the increasingly passionate and personal phone calls that touched on every subject imaginable. Far from the media spotlight, Tupac was by turns playful, sensual and serious, offering sharp observations on prison, music and the uncertainties of life. His letters to Angela reflect how he felt about being shot five times and left for dead one terrible night in New York in 1994, and his heartfelt verse encapsulates his dreams for the future--a future that would be so tragically cut short just over eighteen months after their correspondence began. 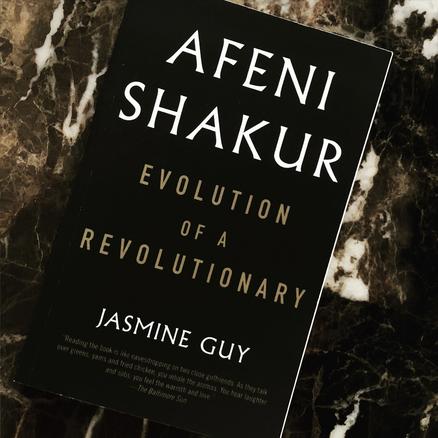 Afeni Shakur: Evolution of a Revolutionary originally published in 2004-2005. One of the most visible figures in both the hip-hop and civil rights movements charts her moral and spiritual development in a stirring and poignant memoir spanning five decades. As a child growing up in North Carolina, Alice Faye Williams knew that the most important thing her impoverished family lacked was land; as she puts it, "The land, to live on and to cultivate and pass on to my family." But there was no land, and in the end her family moved to New York, where in her late teens Alice Faye became Afeni Shakur, a radicalized, prominent Black Panther. In 1969, she was arrested along with a number of other Black Panthers on suspicion of planning bombings. 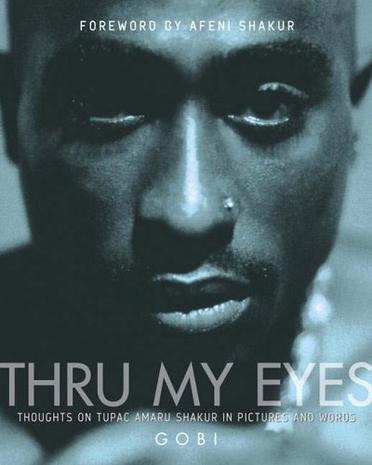 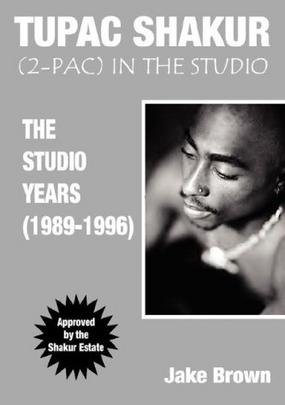 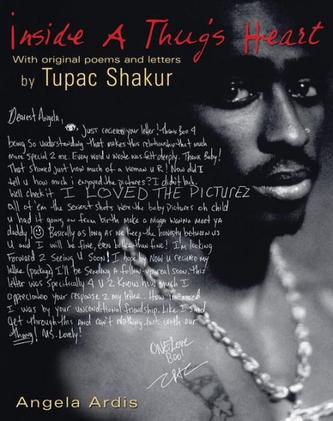 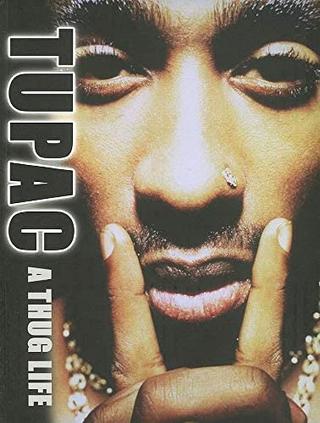 Got Your Back details the exploits of one of the most famous rappers of all time. The drugs, the women, the violence, the money-all provided fuel to the fire that was Tupac's life. As his platinum-selling, posthumously released albums prove, Tupac lives on through his music. Complete with exclusive new interview material with Tupac's mother, Afeni, Got Your Back provides an insider's view of a life gone awry. Published in 1998-2000.

Holler If You Hear Me Acclaimed for his writings on Malcolm X and Martin Luther King, Jr., as well as his passionate defense of black youth culture, Michael Eric Dyson has emerged as the leading African American intellectual of his generation. Now Dyson turns his attention to one of the most enigmatic figures of the past decade: the slain hip-hop artist Tupac Shakur. Five years after his murder, Tupac remains a widely celebrated, deeply loved, and profoundly controversial icon among black youth. Viewed by many as a "black James Dean," he has attained cult status partly due to the posthumous release of several albums, three movies, and a collection of poetry. But Tupac endures primarily because of the devotion of his loyal followers, who have immortalized him through tributes, letters, songs, and celebrations, many in cyberspace.

Dyson helps us to understand why a twenty-five-year-old rapper, activist, poet, actor, and alleged sex offender looms even larger in death than he did in life. With his trademark skills of critical thinking and storytelling, Dyson examines Tupac's hold on black youth, assessing the ways in which different elements of his persona-thug, confused prophet, fatherless child-are both vital and destructive. At once deeply personal and sharply analytical, Dyson's book offers a wholly original way of looking at Tupac Shakur that will thrill those who already love the artist and enlighten those who want to understand him. The book was published in 2001.

The Rose That Grew from Concrete (1999) is a collection of poetry written between 1989 and 1991 by Tupac Shakur, published by Pocket Books through its MTV Books imprint. A preface was written by Shakur's mother Afeni Shakur, a foreword by Nikki Giovanni and an introduction by his manager, Leila Steinberg.

Tupac: Resurrection "When I was a baby I remember one moment of calm peace, then three minutes after that it was on." A stunningly designed, richly illustrated companion to the much-anticipated documentary film, Tupac: Resurrection brings unprecedented clarity and soulful intimacy to the life and work of Tupac Shakur. In many ways the autobiography he never got to write, Tupac: Resurrection features the artist in his own words, examining his complicated life and the controversial decisions that plagued him while he was alive. Tupac: Resurrection captures, as never before, his boundless passion, searing honesty, and stunning intelligence, and showcases a range of never-before-seen writings, letters, screenplay ideas, lyrics, poems, photographs, and personal effects, and stands as an indelible testament to the artist's astonishing cultural legacy. Tupac: Resurrection crystallizes the enduring significance and impact of one of the most complex, haunting, and influential artists of our time. Publisher: Arita Books

The Studio years (1989-1996) Focuses exclusively on the studio craft of the late rap legend, Featuring exclusive interviews with many of his producers, including a lengthy, multi-chapter interview with Shakur's closest musical collaborator, Johnny J, among others, offering fans never-before-revealed insight into 2-Pac's recording method, the inter-workings of his songwriting process. The book was published in 2005.

Tupac: A Thug Life is an anthology and collection of writings on the rapper Tupac Shakur released in 2005 by Plexus Publishing in the UK. The book was edited by Sam Brown with a foreword by music journalist Kris Ex. The title was taken from a quote by Shakur, who once said, "I didn't choose the thug life; the thug life chose me." he book is divided into five sections to illustrate the rap artist's troubled childhood living in housing projects in Oakland, California and his relationship with his mother Afeni Shakur, his recording and film career, his unsolved 1996 murder and conspiracy surrounding it, and his legacy and posthumous releases. It includes reviews for Shakur's film roles as well as a selection of photos.

Rebel For The Hell of It This first full length biography of Tupac Shakur details each step in Shakur's development, from his early exposure to racism and political activism to his studies of drama to his move from New York to the West Coast and his innovative work with early hip hop culture and music. Armond White's understanding of Tupac's art will uncork the bottled up rage and confusion that attends the way hip hop culture is produced and received. Through connections drawn between Public Enemy, Notorious B.I.G., Dr. Dre, Ice-T, Ice Cube, and Sister Souljah, White examines Shakur's life as a prism for the hip hop world. The book was published in 1997.

Thru My Eyes published in 2005 is an act of gratitude and a loving tribute, showing the world and sharing with a legion of fellow fans the tremendous and positive impact Tupac Shakur had in his short life and his lasting legacy. Gobi's early experience working with Shakur on music videos -- for "2 of Amerikaz Most Wanted," "How Do You Want It," and "Hit 'Em Up" -- marked the beginning of what has become a successful career making motion and still pictures.  A collection of fifty rare photographs of the late music icon reflects his pull away from the dark forces that influenced his life and maturity as an artist, in a volume that features writings by his producer and friend who witnessed the lighter, more playful side to Tupac's character. 50,000 first printing. 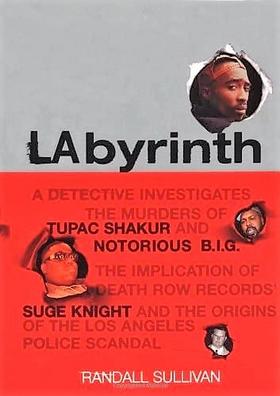 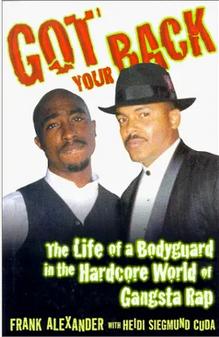 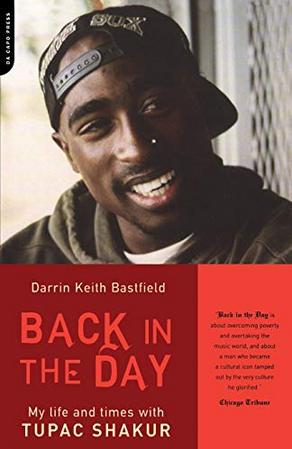 Back In The Day A legend after a bullet killed him at the age of twenty-five, Tupac Shakur was the most riveting rap musician of his day. Far from being the insolent "gangsta" the press put forth, Shakur was intelligent, fearless, and determined to make a mark. Darrin Bastfield grew up with him in a rough Baltimore neighborhood. In this vivid memoir, Bastfield reveals Tupac Shakur as the teenager he really was: bound for greatness.In tight, edgy prose, Bastfield recalls seven years of friendship. Shakur, new in town, a skinny thirteen-year-old in shabby clothes, may have looked uncool, but he blew the school away at a talent show, an electrifying performance. It was at the Baltimore School for the Arts, however, where things really started to happen-an encounter with Salt-N-Pepa, the wild night of the 1988 senior prom. Shakur and Bastfield lived through it together, and in this memoir, it all comes alive again. The book was published 2002-2003.

Labyrinth An investigation into the murders of Tupac Shakur and Biggie Smalls offers a stunning exposT of the link between the LAPD Rampart scandal and gang violence and controversial rap celebrities as it describes how members of the LAPD became involved in criminal activities and how high-level officials covered it up. 50,000 first printing. The book was published in 2002.