BEHIND THE SCENE OF 2 OF AMERICAZ MOST WANTED 1996

On April 6, 1996 MTV News talked to Snoop Dogg and Tupac on the set of '2 of Amerikaz Most Wanted' about the music video, their partnership, and legacy. Featuring appearances from Nate Dogg, Suge Knight, and more.

On April 5, 1996 Tupac was sentenced to 120 days for violating probation on his assault and battery conviction in attacking a music video producer. Judge Abraham Kahn gave him until June 7 to surrender or serve his sentence. 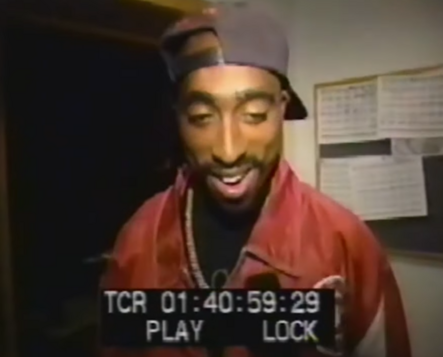 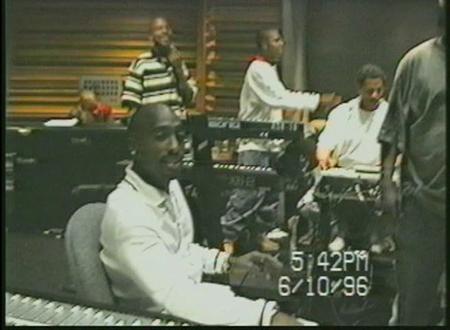 On September 2, 1996 OKEJ’s reporter met Tupac downtown LA, less than a week before he was shot. They had a talk about rap and life. Okej was a monthly music magazine published in Sweden between 1980 and 2010.

BEHIND THE SET OF CALIFORNIA LOVE 1995

On November 10, 1995 MTV News was on set of 'California Love' as Tupac and Dr. Dre shot their Mad Max-inspired tribute to 'the best side.'

Tupac and Monster Kody have a long conversation over the phone about various subjects. Monster Kody known as Sanyika Shakur met in the early 90's. The two immediately became good friends and Kody mentioned Tupac in the introduction to his book.

On June 1996 Tupac interviews for the movie Gridlock'd. He explains the characters involved in the film and songs included in the soundtrack. He also mentions being featured on the song Street Life with Snoop.

On June 15, 1996 Tupac in the studio with some of the members from the Boot Camp Clik, Buckshot, Smif n Wessun recording songs for the One Nation album.

CHUCK PHILLIPS INTERVIEW 1995
On October 19, 1995, Tupac interviews with Chuck Phillips on his first interview after being released from jail. Tupac talks about the recent tracks he recorded for his album All Eyez On Me which at the time was called Euthanasia. During the interview he's also recording Wonda Why They Call U Bitch with Faith Evans in the studio.

On March 1996 Tupac with Mike Mosley in the recording studio working on Good Life. Tupac had also recorded the track Hit Em Up ft the Outlawz after the Soul Train Awards on March 29, 1996.  The Goodie Mob and Left Eye was also present in the studio. Footage of this could be seen from the 2003 Bosses in the Booth: West Coast Hip Hop documentary.

On January 1996 Tupac answering questions in regards to his time in maximum security and his focus and energy on Death Row Records. 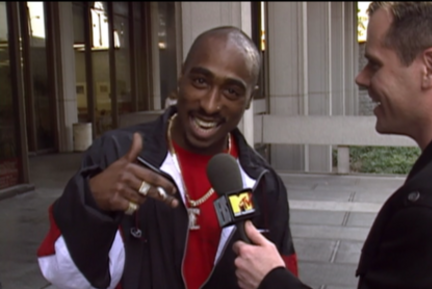 On August 27, 1996 Tupac Shakur and Jim Belushi interviews during the filming of Gang Related. This was the last movie Tupac Shakur filmed before his passing.

On August 1996 Tupac in the studio freestyling to the instrumental of Runnin On E with Scarface in Can Am Studio. The footage appears in Scarface music video Homies and Thugs ft Master P and Pac.

On April 24, 1996 Tupac working in the studio telling the producers and engineers about wanting to record a sad song.

Tupac defending Snoop during six days of deliberations, On February 20, 1996 the jury returned not guilty verdicts on the murder charges against Broadus and Lee. 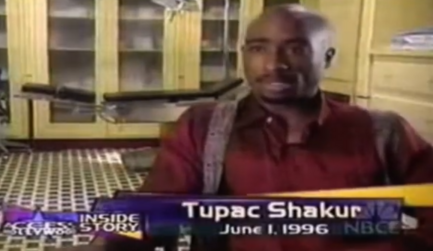 Tupac & Snoop promoting the Special Brew St Ides alcohol malt liquor. The beer had a variety of flavorings. McKenzie discontinued the brand in 1998 before it was purchased by Pabst Brewing Company.

On June 1996 Tupac impersonating Rick James behind the scene of Hit Em Up. 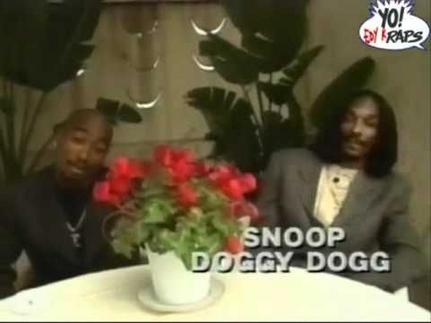 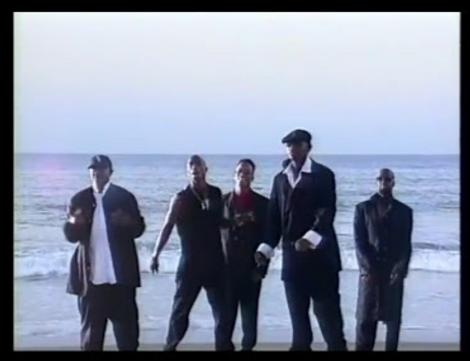 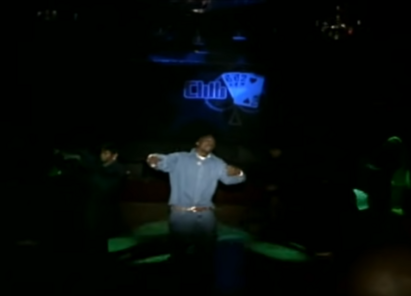 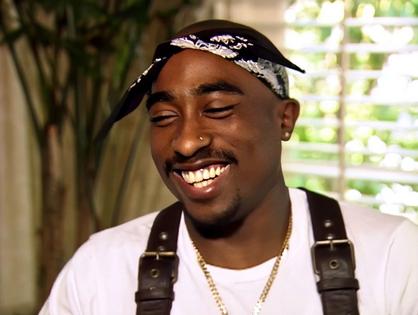 On August 24, 1996 Tupac interviews with Rob Marriott. Tupac speaks about the shooting incident in New York, his relationship with Biggie Smalls and the East and West coast situation. The interview was released in CD on the Thug Immortal documentary.

BEHIND THE SCENE OF MADE NIGGAZ 1996

On June 3, 1996 Tupac & the Outlaw members behind the scene of Made Niggaz. An altercation happen with Napoleon and a stuntman which made Tupac very angry on the set.

Tupac interviews with Rashida Jones. The two have a discussion about various topics. Tupac points out that he wants to built a youth program for the community. 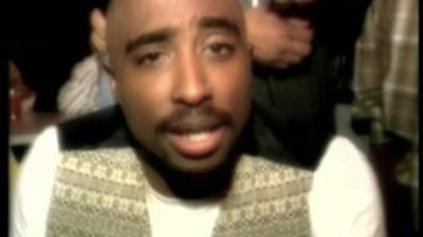 On April 19, 1996 Sway Calloway got the chance to interview Tupac several months before his death. Sneaking onto the set of Tupac’s video How Do You Want It, Sway made his way past security. Ducking and running military-style in an effort to remain unseen, Sway eventually made his way to Tupac’s trailer for the interview.

On December 1995 Tupac promotes and interviews for the All Eyez On Me upcoming album. He also took several photos for the album cover. 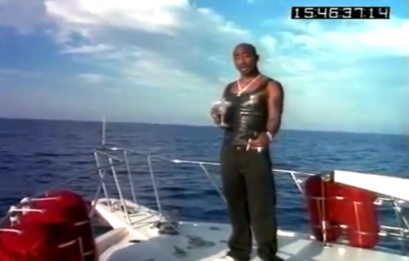 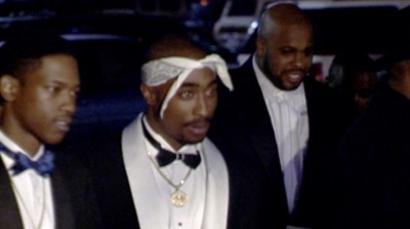 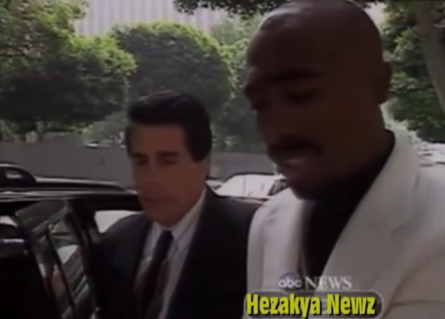 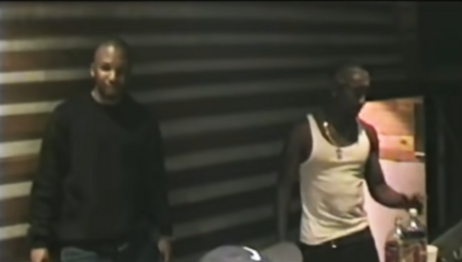 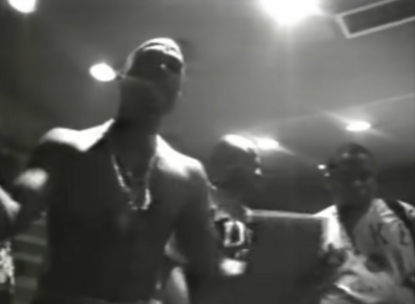 On June 1, 1996 Tupac interviews with Access Hollywood about the movie Gridlock'd and how rap music is so controverial compare to acting. 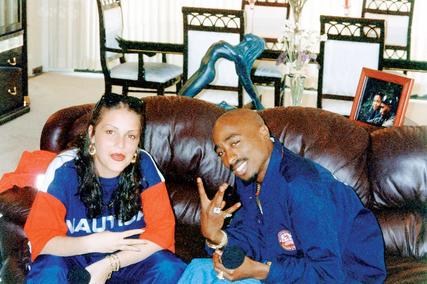 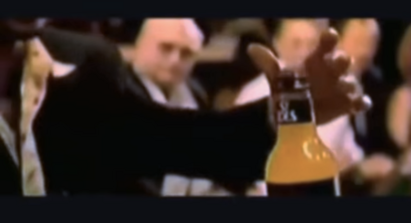 On September 4, 1996 Tupac & Snoop interviews after the MTV Music Awards. Tupac emphasis that people and the media is exaggerating the whole East coast and West coast situation. 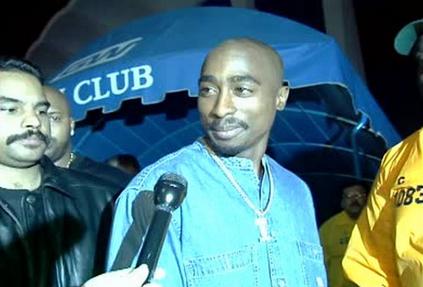 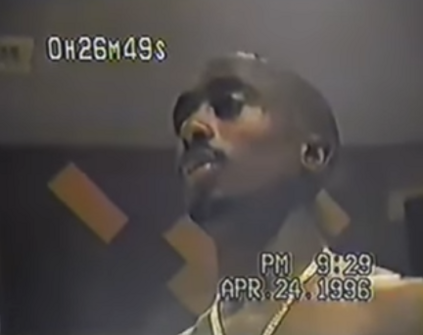 On January 1996 Death Row Records promoter George Pryce with Tupac, discussing the final look of his double-disc album, All Eyez On Me. 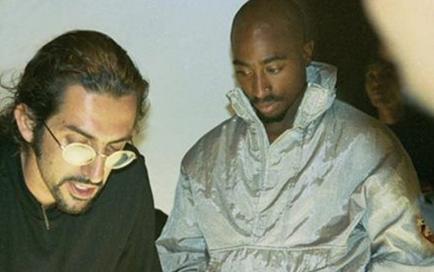 On October 26, 1995 Tupac Shakur and MTV News correspondent Tabitha Soren walk down Venice Beach in California. During the 20 minute conversation, Pac gets personal: talking about his Baltimore upbringing, his relationship with his mother and father, starting a community center with Mike Tyson, and more.

On March 1996 Tupac interview with Adario Strange for the The Source Magazine. Adario Strange produced the track Who Do You Love and is a New York–based writer, film director, and artist. He is best known for his documentary film The NYU Suicides detailing a year of strange deaths at the famed university.

On February 1996 Vibe released the Magazine with the front cover of Death Row artist Dr Dre, Snoop, Suge and Tupac entitled Live From Death Row. Kevin Powell conducted an unreleased interview with Tupac in late 95 for the magazine. The interview transcript could be found on the 2016 Vibe Magazine. 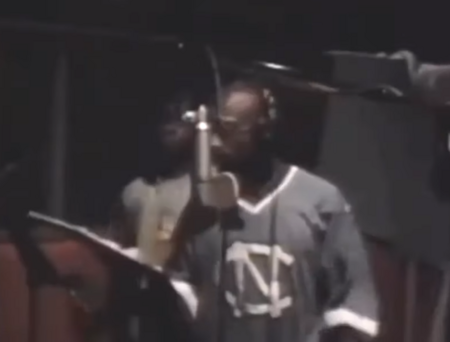 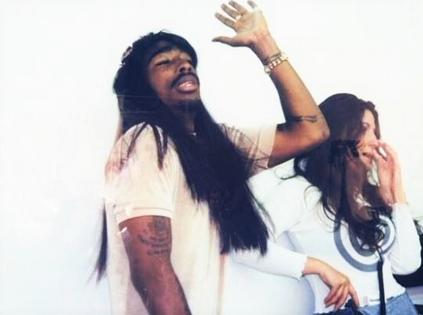 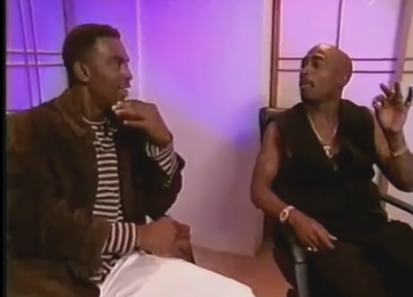 On January 1996 Tupac interviewed with New York Times Magazine. In this interview he talks about the upcoming album All Eyez On Me. Tupac also took photos with Suge and Snoop for the front cover Magazine.

Tupac hanging out with Uncle Luke in his Peep Show on November 1995. This is the same clothing Tupac had on when he performed at club 662 in Las Vegas.

On August 1996 Tupac interviews during the filming of Gang Related. Tupac points out that everybody shines in different ways. He also mentions about the recording of Fortune and Fame and recites the song.

On December 19, 1995 Tupac interviews with Bill Bellamy about his story and current experiences in the making of his upcoming album at the time "All Eyez On Me" Dr Dre also makes an appearance later on in the interview.

On March 7, 1996 Unseen footage of Tupac outtakes and countdown of music videos on Yo! Tupac also read letters and answer questions on mail.

On June 10, 1996 Tupac & Outlawz in the studio with Frank Alexander and his niece Lemika Early. Tupac could be seen recording Why U Turn On Me and cracking up jokes in the studio.

Tupac and Snoop on Yo MTV Raps in 1996. The two was hosting an episode for the top video countdown.

On May 1996 Tupac interviewed by Vibe Magazine. Pac passionately defends his West Coast allegiance and explains that he was the bridge between the East and West. He also speaks about books he read, religion and other subjects.

On October 27, 1995 Tabitha Soren interviews Tupac and talks about immaturity and the sexual case. The interview then takes place in the studio where Pac plays a couple of tracks 2 of Americaz Most Wanted and Life Goes On.

BEHIND THE SCENE OF BEACH VERSION TOSS IT UP 1996

On August 1996 Tupac with Aaron Hall, Danny Boy & K-Ci & JoJo filming the beach version of the Toss It Up video. Suge Knight and producer Demetruis Ship was also present.

On September 4, 1996 Tupac & Suge interviews with Much TV Network after the MTV Awards at Bryant Park, NY. Tupac elaborates on the Nas and Mobb Deep situation. This was Tupac's last brief interview before his death. 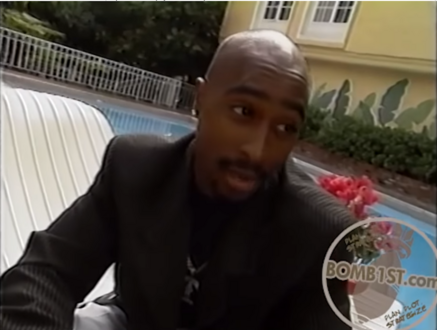 Tupac in the studio finishing the recording of Too Tight with Nanci Fletcher in the booth singing her vocals. The track was written for MC Hammer but was never released. Johnny J, Michelle, Papa G and engineer could also be seen in the video.

Tupac interviews with Angie Martinez about the East and West coast beef. However Angie has been reluctant to release the entire interview over the years because she thought Tupac words would make the East Coast-West Coast situation even more dangerous than it was by that time.

BEHIND THE SCENE BIRTHDAY 1996

On June 16, 1996 During his birthday week Tupac goes to the studio to work on the One Nation Project. He also interviews with reporter Loretta King.

Tupac & Outlawz with Papa G getting ready to do a bathtub photoshoot with photographer David Lashelle. They could also be heard playing tracks from the All Eyez On Me album.