Tupac appears in a studio with Ice T & Ice Cube while they were recording a track called "The Looters" This was the original title for the movie "Trespass" The film was renamed after the 1992 L.A. riots. This song therefore went unreleased and was replaced by the song "Trespass" for the movie soundtrack.

Tupac on a interview before his stage performance talks about his current situation with the movie Poetic Justice and his upcoming album release Troublesome.

Tupac appears on Video LP with host Sherry Carter. He talks about the story behind the song Brenda's Got A Baby, being a role model and surprised to find out that Sherry Carter hasn't seen the movie Juice. 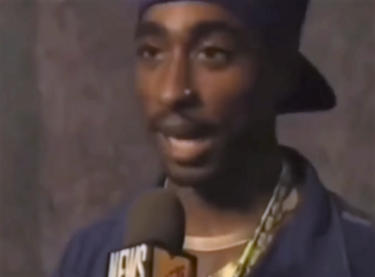 Tupac behind the set of Poetic Justice explains the role of the character Lucky compare to his character Bishop in the movie Juice.

On August 21, 1992 Tupac recorded a song  for a very special Christmas Volume 2, an album benefiting the Special Olympics. During the recording session, Tupac sat down with MTV to talk about many topics such as Christmas, Greed in America etc.

MARIN CITY FESTIVAL 1992
On August 22, 1992 During the Marin City Music Festival Tupac confronted with a Marin City resident, resulting in a 6-year-old boy Quaid Walker-Teal is shot in the head. Immediately after the incident, Tupac and Mopreme have to flee before the angry crowd. Tupac is arrested for questioning, and Mopreme Shakur is arrested. None of them was erected charges due to insufficient evidence.

Wycked and the Mouse Man in the recording studio working on the track State of Emergency. Tupac could also be seen in the studio listening to some of the music he recorded for the Troublesome album. 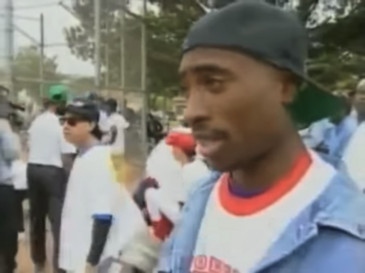 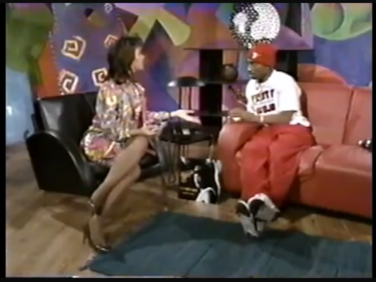 Tupac Shakur sat down for his very first interview with E! News. During the interview, Tupac’s words still apply to the current times in which we live in today. Tupac also stresses the obstacles faced by a Young Black Male. 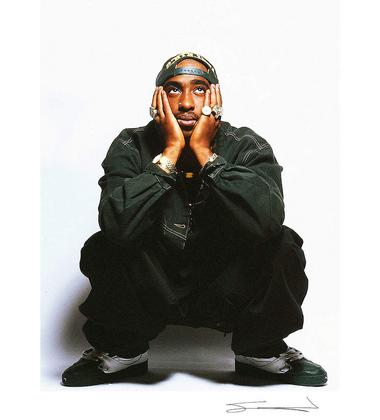 Tupac with Richie Rich and the rest of his crew on camera. Tupac performs a Grab The Mic freestyle and was also clowning around to the Kriss Kross song Jump. 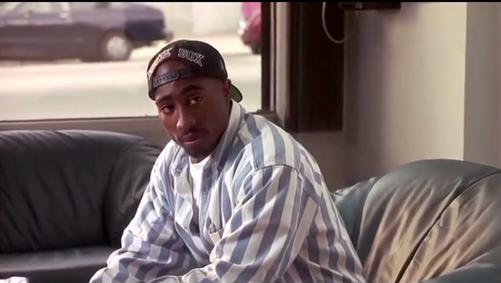 On March 1992 Right On! published they magazine that included an interview with Tupac after the release of the movie Juice. Right On! is an American teen magazine first published by the Laufer Company in 1971. It was headquartered in New York City. It continued publishing on a regular basis until 2014 and focused on African-American celebrities. 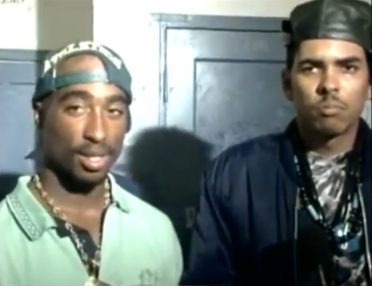 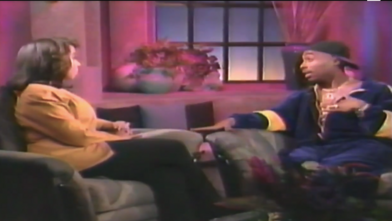 Tupac & the Live Squad in the studio recording the track Strugglin for the Strictly album. The footage is from the 2010 Live Squad Tribute: The Forgotten Chapter in Hip Hop documentary. 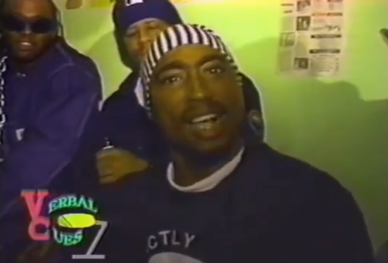 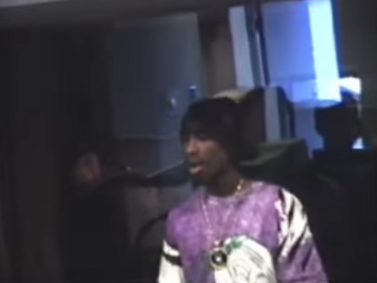 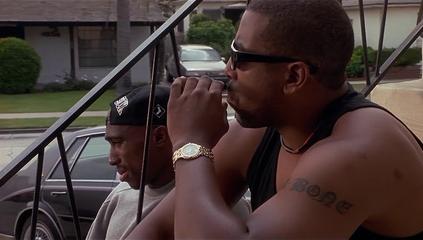 Tupac & Big Stretch from the Live Squad appeared on the music television network The Box. Tupac could be seen in the studio playing the song Flex and showing off the Troublesome album cover that was rejected by Time Warner at the time. He could also be seen walking around New York City engaging  with people from the streets.

On May 1992 Tupac in a interview a week after the LA Riot gives his opinion about feeling nervous about this country and having peace.

On March 25, 1992 In this interview filmed in New York Tupac talks about playing different roles to show his other side and diversity when it comes to acting.

On April 14, 1992 Lucky played by Tupac and J Bone played by Tone Loc on the front porch before entering Angel apartment. Angel was a drug addict and the mother of Lucky's daughter. 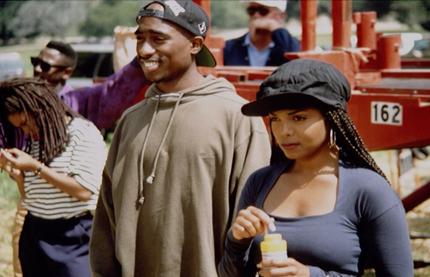 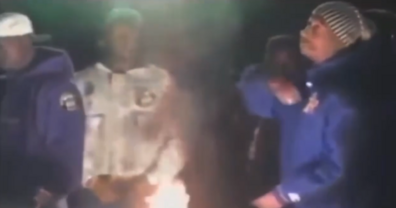 Tupac and Shock G on the Underground Mixx for Blackwatch backstage. Tupac also mentions about 2Pacalypse coming out with another album Troublesome.

On August 1992 Tupac attending the KMEL Summer Jam interviews with MTV about completing Poetic Justice and starting another movie with Menace 2 Society. 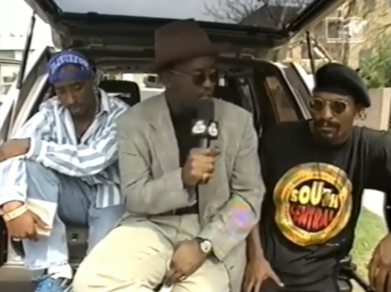 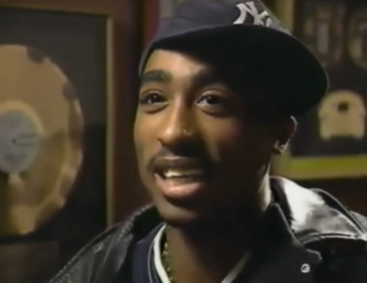 The main cast for the movie Juice gives their perspective of the film and how it relates to what's going on in society.

Tupac, John Singleton & Joe Torry with Fab 5 Freddy on Yo MTV Raps! During this interview the cast was taking a break between scenes.

IF MY HOMIE CALLS INTERVIEW 1992

On April 19, 1992 Tupac on a interview during the making of video If My Homie Calls. He talks about despite of him being in movies that he's still the same person.

On May 4, 1992 Lucky and Justice at the carnival after the family Reunion in Griffith Park.

Tupac behind the scene of the music video Holler If Ya Hear Me in coloration. 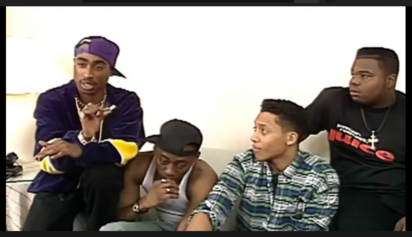 On July 4, 1992 Lucky meets up with Justice again back at the hair salon, bringing Keisha. Remorseful over his conduct in Oakland and his cruel words towards Justice there, he apologizes. She smiles at him coyly and they passionately kiss. 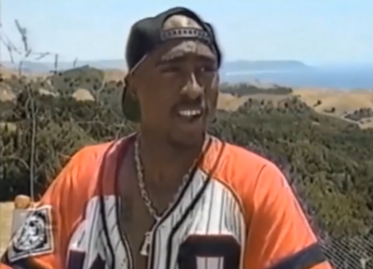 On February 2, 1992 Tupac with host Tanya Hart discuss about some of the tracks on his 2Pacalypse Now album, about the incident with the Oakland Police Department and entertainers such as Spike Lee, Arsenio Hall and Eddie Murphy. 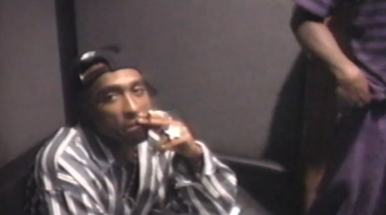 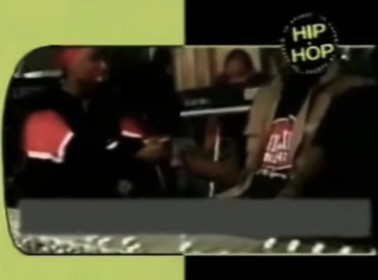 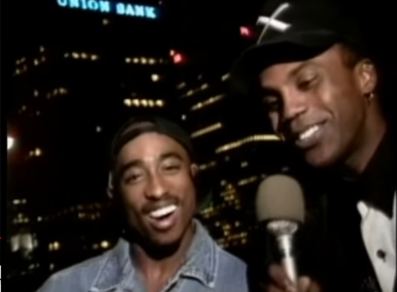 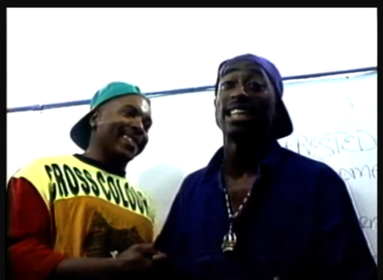