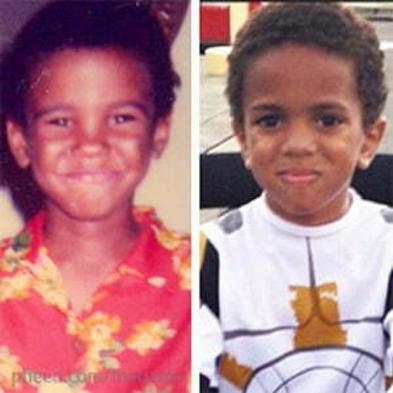 On August 22, 1992, in Marin City, California, Shakur rapped at an outdoor festival, and stayed for an hour signing autographs and pictures. Some earlier negative remarks made by Tupac about Marin City had caught up and when arguments started, voices got loud; he pulled a .380 ACP, cocked it, fumbled and it fell. He shouted “Get the gun!” to his brother Mopreme, who shot three to six times. Though nobody in the crowd was shot, about 100 yards away, 6-year old Qa’id Walker-Teal rode a bicycle at a schoolyard and was hit in the forehead, the bullet killing him. Tupac and Mopreme left in their car and were stopped by an angry mob, by chance, in front of a sheriff’s substation. The police “rescued” and took the two into custody, who were released without charge.

Police and eyewitnesses have run through the events of Aug. 22, 1992, countless times. Tupac Shakur shows up at the outdoor celebration of the 50th anniversary of Marin City, a former shipbuilders’ town gone to ghetto, with all the trappings: drugs, poverty, young people looking for any way out. As a teenager, Tupac Shakur spent some time in these housing projects, learning the street life he later romanticized in his music, learning mostly to get his butt kicked, if his friends from that period are to be believed.

In any case, he comes back and an argument starts between the visiting celebrity’s group and some locals. A gun is drawn, and bullets are sprayed across the playing field where the celebration is taking place. Witnesses describe the shooter as a member of Tupac Shakur’s party. One bullet smashes the brain of Qa’id Walker Teal, drains the lifeblood from one of the young black children that Tupac Shakur now values so highly.

The police investigation into the killing has stalled. With no one willing to step forward and identify the triggerman — including PTC Tupac Shakur, the man whose love of his people knows no bounds — Qa’id’s murder remains unsolved.

The shooting occurred during an annual outdoor festival that in 1992 celebrated Marin City’s 50th anniversary. The community festival, among the longest-running events conducted by African Americans in Northern California, has not been held since Qa’id’s death.