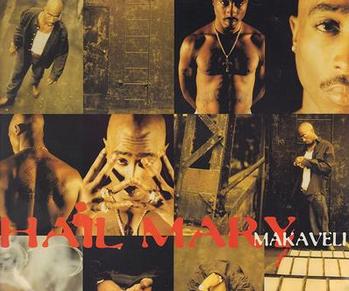 To Live & Die in L.A. is a song by rapper Tupac Shakur from his fifth studio album, The Don Killuminati: The 7 Day Theory (1996). Released in Europe and parts of Oceania under the Makaveli stage name as the album's second single, it featured vocals from Val Young. The song peaked at number ten on the UK Singles chart and number 2 on the UK R&B chart. The song was produced by QDIII, son of producer Quincy Jones and brother of Shakur's girlfriend, Kidada Jones. QDIII produced numerous tracks for the album, but only "To Live & Die in L.A." made the final cut. 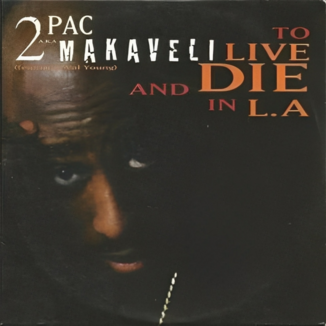 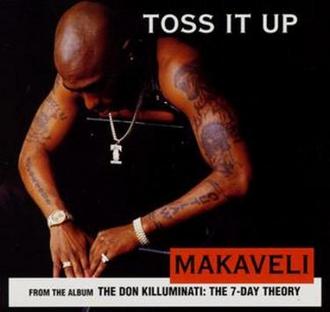 Toss It Up released on September 26, 1996 is a song by rapper Tupac Shakur from his fifth studio album, The Don Killuminati: The 7 Day Theory (1996). Released under the stage name Makaveli, the song served as the lead single to the album. It was first released in the United States just under two weeks after his death, peaking at number thirty-three on the R&B singles chart. The song is known for including a diss toward Dr. Dre and instrumentally being very similar to Dre's production on the song "No Diggity". It features vocals and singing from Aaron Hall, Danny Boy, and K-Ci & JoJo. The single release altered slightly to the version found on the album. The album version was later included on Shakur's 1998 compilation Greatest Hits with a new mix and alternative lyrics.

Hail Mary released on February 1997 is a song by American rapper Tupac Shakur from his fifth studio album, The Don Killuminati: The 7 Day Theory (1996). It was released after his September 1996 murder under the Makaveli stage name as the album's third single. Hail Mary features rap verses by Kastro, Young Noble and Yaki Kadafi of the Outlawz rap group and vocals from reggae musician Prince Ital Joe. A music video was shot for the song and can be found on the DualDisc of The Don Killuminati: The 7 Day Theory. Hail Mary" took under one hour to complete. It took about 15 minutes to write and about five minutes to lay. Hurt-M-Badd made the beat in 20 to 30 minutes. "Outlawz on a paper chase, can you relate?..." was originally going to be the hook, but then Shakur suggested putting it in the end. The song captures Tupac zoning out the violence and negativity surrounding him praying to God, and making biblical references. "Hail Mary" appeared on Greatest Hits in 1998.