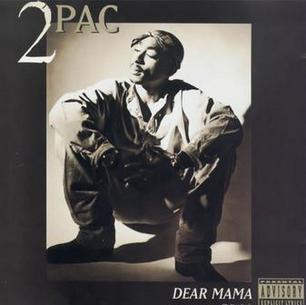 ME AGAINST THE WORLD 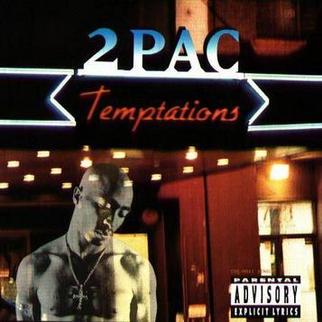 ​Temptations is a song by rapper Tupac Shakur from his third studio album, Me Against the World (1995). It was released as a single in the US on August 29, 1995, and was released as a CD, cassette, and 12" promo. While rapping is solely performed by Shakur, Erick Sermon and producer Easy Mo Bee are also featured in the song primarily as background vocalists. The song uses the bassline from the "Computer Love", and the theme focuses on relationship and infidelity issues. Debuting at number sixty-eight on the Billboard Hot 100, the song did fairly well in the United States. It was also well received by critics, with many writers commenting on its romantic tone.

Dear Mama is a song by American rapper 2Pac from his third studio album, Me Against the World (1995). It was released on February 21, 1995, as the lead single from the album. The song is a tribute to his mother, Afeni Shakur. In the song, Shakur details his childhood poverty and his mother's addiction to crack cocaine, but argues that his love and deep respect for his mother supersede bad memories. The song became his first top ten on the Billboard Hot 100, peaking at number nine. It also topped the Hot Rap Singles chart for five weeks. As of March 2021, the song is certified 3× Platinum by the RIAA. The track Old School appears on the B-side. 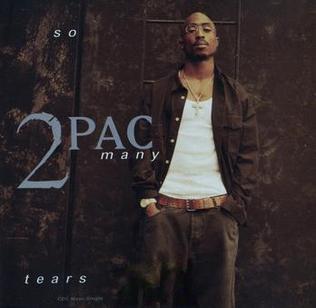 So Many Tears was released in June 13, 1995 as the second single from his third studio album Me Against the World. The original song was recorded in 94 and features Big Stretch. It includes the track If I Die 2Nite on the B side. The song was produced by Shakur's longtime mentor, Shock G, who produced it using a sample of the song "That Girl" by Stevie Wonder with a slowed down harmonica solo heard during the chorus. The song's lyrics are autobiographical with Rolling Stone's Cheo H. Coker noting the track "finds an almost vulnerable 2Pac not only dealing with the senseless violence that marked his childhood but with the internal demons that threaten to consume him.