Directed by the Hugh Brothers

The music video begins with 2Pac speaking alongside the chorus, and then begins his verse in alternating scenes, first in prison, being followed by a guard and then outside in his neighborhood. Mopreme also does his verse in different scenes in the same order. The Rated R, though, begins behind a scene of him behind holographic bars, and then alternating with that scene and in a prison facility.

Macadoshis also began his verse similarly but this time the scene alternates from him speaking from inside prison to the rest of his family from a jail phone and another scene in his neighborhood, as well as the aforementioned scene behind bars.

Big Syke begins his verse in the prison work-out room, and alternates between this scene and a scene of him also behind holographic bars. The music video takes one more last scene at the neighborhood, and finally cuts to the ending scene of 2Pac and the rest of Thug Life rejoicing behind the holographic jail cell bars. 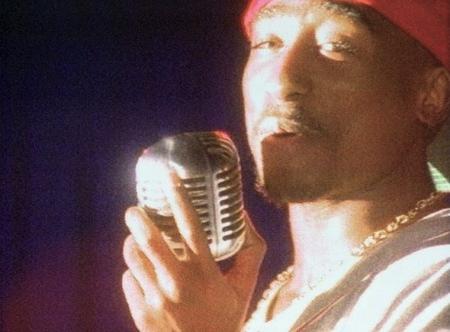 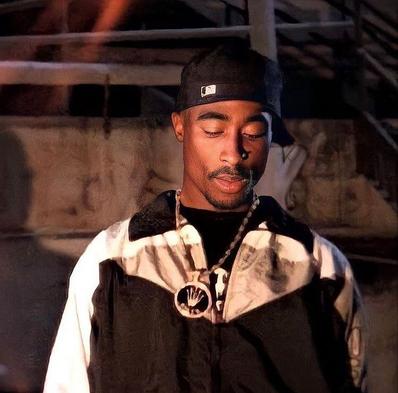 The music video directed by the Hugh Brothers features Shock G singing part of the song's chorus and depicts Shakur in jail. It appeared as a bonus on the DVD for Tupac: Resurrection. Around the time the music video was debuting, Tupac was assaulted by the Oakland Police Department after he cursed at them for demeaning his name and prolonging the issuing of a ticket sustained during a jaywalking incident.

Both Tupac and Mopreme Shakur appear in the video. Actress Vivica A. Fox plays the mother in the music video's story. There are scenes of a husband and his wife arguing. They also act in front of the jail cell. The music video was directed by James Michael Marshall and released in January 27, 1994. 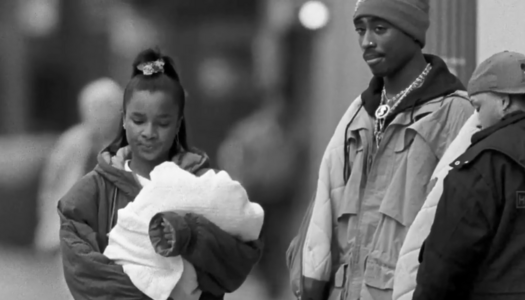 Gotta Get Mine" is a song performed by MC Breed and Tupac Shakur. The music video takes place at Andre Rison's mansion in country club of the south. This was the first time 2Pac exposed his thug life tattoo in a music video.

Director Dobkins explained, he was invited to pitch Shakur a video concept for I Get Around.” Tupac loved the idea, Dobkins said, and so he landed his first paid directing gig. At one point, he noticed Tupac had a tattoo across his abdomen that said THUG LIFE but Dobkins said the tattoo wasn’t on-brand with the image that Interscope Records co-founder Jimmy Iovine wanted for Shakur.

The video is pure party, with Tupac, lots of friends, and video vixens galore hanging out at a mansion and having a good time. According to Shock G, there was lots of real-life debauchery going on during the shoot, most of it taking place in the bathrooms. 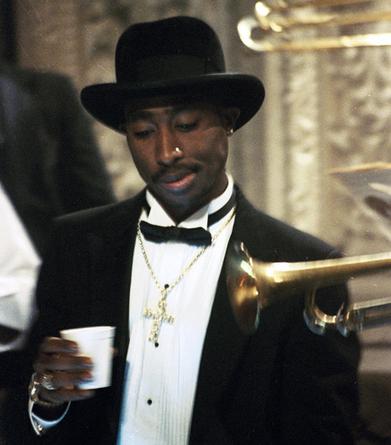 The music video for the song with Above the Law features 2Pac and Money B plus cameo appearances from Big Stretch, Treach, Eazy-E, and MC Ren. The single from their second album Black Mafia Life was released on April 23, 1992. 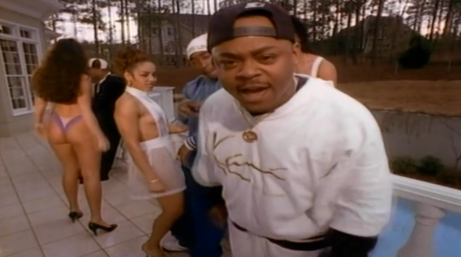 Directed by the Hugh Brothers 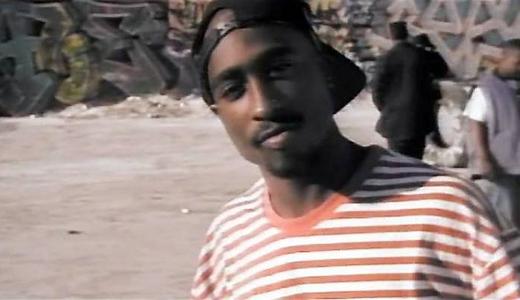 The video was directed by David Dobkin and opens up with the words "Dedicated to the memory of Latasha Harlins, it's still on", in reference to the 1992 L.A. Riots. The video has a basic format with Shakur rapping in the middle of a circle surrounded by a crowd of people and in some scenes he is seen holding a young child. His mother Afeni Shakur and close friend Jada Pinkett Smith made cameo appearances in the video. 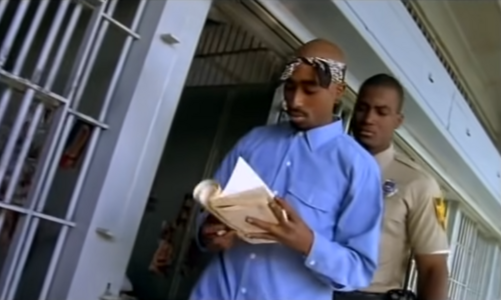 The video of the song is in black-and-white. It was made to visualize what Shakur narrates. The first part shows Shakur and "Brenda" and then the actual story starts. Ethel "Edy" Proctor portrays Brenda.

The video begins with "based on a true story," although the characters themselves are fictitious, Shakur wrote the song after reading a story in the newspaper of a 12-year-old girl getting pregnant by her cousin and trying to dispose of the baby in a trash can during the filming of Juice. The video was directed by the Hugh Brothers and filmed on January 7, 1992. 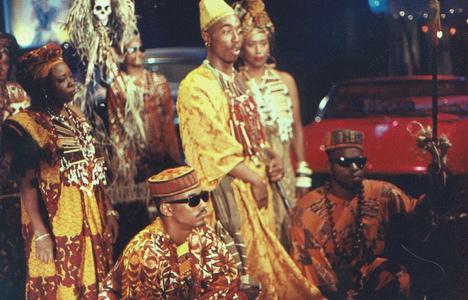 The music video starts off familiar enough, with Pac and the rest of Thug Life chilling over someone's house, smoking and drinking. Pac is on the couch sleep, and the video takes us inside his dream, where's he's entered the 1920s.

The Harlem Knights-esque video shows flapper girls and gangsters hanging out in a nightclub. Pac hops on stage to entertain everyone, backed by a big swing band. 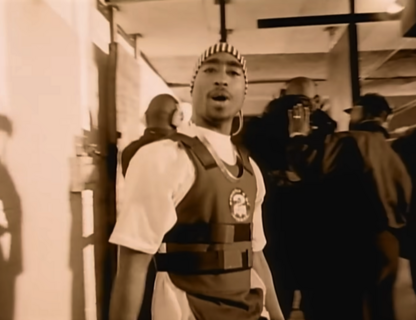 A mostly black-and-white music video directed by the Hugh Brothers with elements of red, blue and sepia was made during the filming of Poetic Justice. 2Pac performs the song mostly on stage. Richie Rich, Mopreme, Mouse Man, Mike Cooley, Man Man and the rest of the crew makes an appearance. The video was filmed on April 19, 1992 and released on May 5, 1992.

The video directed by Stephen Ashley Blake was shot completely in black and white. Much like the track, the video clips were shot in an energetic, nearly-chaotic pace. The video starts off from the viewpoint of a young boy who witnesses his father's death. Tupac's lyrics of resistance to injustice and encouragement to bear arms and fight back are backed by his gathering groups of young black men and women to march in the streets. Between these are clips of the young boy in the aftermath of his father's death. After seeing his mother reminiscing on her lost husband, the young boy finds money in the house and takes to the street, later seen buying a gun from someone in an alley.

Wussup Wit the Luv," features a solo from the Funkadelic guitarist Michael Hampton, as well as a verse and video appearance by Tupac Shakur. The song appeared on the Digital Underground album The Body Hat Syndrome released on October 5, 1993. This was the last time Shakur appeared on any Digital Underground release. Rappers Saafir and Clee were added to the line-up. 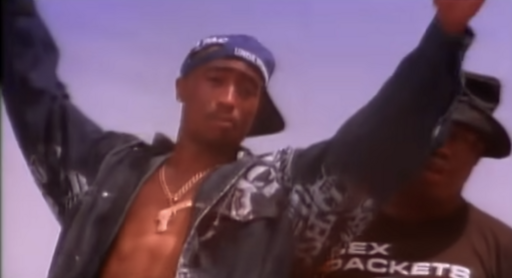 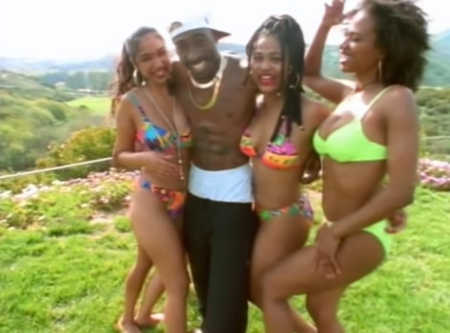