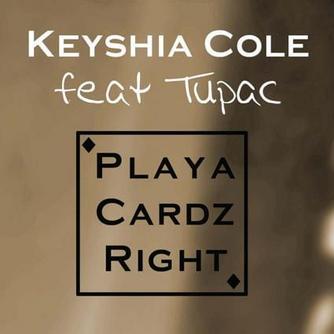 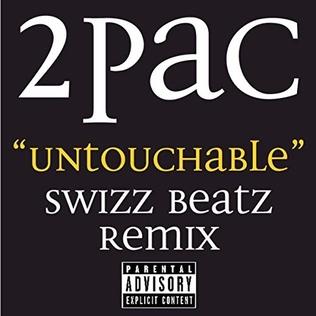 Pac's Life is a single written and performed by American rappers Tupac Shakur and T.I and R&B singer Ashanti, produced by L. T. Hutton for Shakur's posthumously released album of the same name. It is a hip hop and R&B song; the second Tupac verse was recycled from a song titled "This Life I Lead". T.I. said in an interview that working on the song was an honor, as he idolized him while growing up.

Untouchable (Swizz Beatz Remix) is a song by rapper Tupac Shakur. The song was released as a remix by Swizz Beatz and Krayzie Bone and was used to promote the 2006 posthumous album Pac's Life. Tupac recorded the song in June, 1996, just prior to the Makaveli recording sessions. The original version has never been officially released. In the Swizz Beatz remix, rapper Krayzie Bone replaces the original featured artists, recording his part sometime in 2005.

Playa Cardz Right is a song by American R&B recording artist Keyshia Cole. The song features late rapper 2Pac and was originally included on his sixth posthumously released album Pac's Life (2006), with most of his vocals initially recorded for his fourth studio album All Eyez on Me (1996). Cole's reworked version, produced by Ron Fair and Carvin & Ivan for Karma Productions, was released as the lead single from her third album A Different Me (2008). 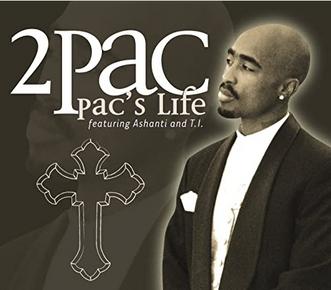