Rahmakhan Todd Turnbow (born February 23, 1967), better known by his stage name King Sun, is an American rapper from Paterson, New Jersey. He made his debut in 1987 with the single "Hey Love" with producer D-Moet, which peaked at #69 on the US Billboard Hot R&B/Hip-Hop Songs chart. Turnbow signed to Zakia Records and Profile Records that same year. He released his debut album, XL, in 1989, which failed to chart. Turnbow's second album, Righteous but Ruthless, was released in 1990 and became his only studio album to reach the Top R&B/Hip-Hop Albums chart when it peaked at #54. He parted from Profile following its release.

King Sun recorded a diss track on Doo Wop mixtape tilted "All Eyez On Sun. According to King Sun: "The beat was produced by DJ Mark the 45 King and was cut up by Funk Master Flex in D&D Studios in Midtown Manhattan. Shout outs to Doug and Dave. I then allowed Doo Wop to put the song on his mixtape to generate a buzz. Tupac and I discussed the dis song after having Ice-T play it for Pac. We laughed together over the phone and Pac new it was nothing personal, but I had to rep NY to the fullest." Tupac responded on the track War Gamez "Go ask King Sun how it feel to have your ass gone. Listen Doo-Wop, don't get your shit knocked, you can't win Tell 'em all to let the games begin, we havin' war games" On Unique Access in 2021 he spoke about being homeless and launching a Artist starving support fund. 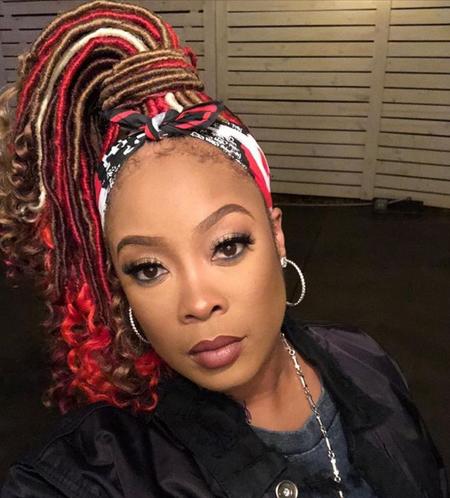 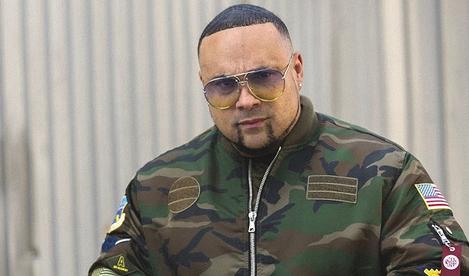 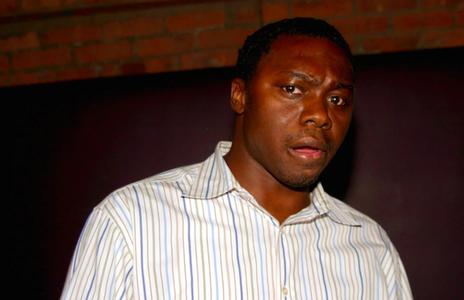 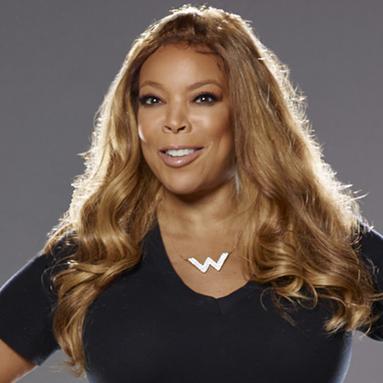 DJ Doo Wop was born in the Los Angeles, Ca, USA. He is of Puerto Rican/Cuban-American descent. Even though Wop was born on the West Coast, he was brought to New York at the age of 2 & lived there ever since. Doo Wop has paid more than enough of his share of dues. He went from making pause tapes with one turntable, to DJ'ing house parties, community events & proms, to performing & spinning in front of thousands at many of the major clubs/venues in New York, New Jersey, Atlanta, Miami, Vegas, Japan, Germany, England & many more. 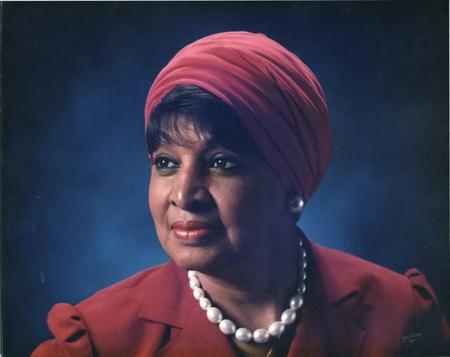 Jacques "Haitian Jack" Agnant is a Haitian-born music executive and promoter in the rap music industry. He has worked with several popular artists including Tupac Shakur, The Notorious B.I.G., Justin Rose, and Wyclef Jean. In 2007, he was deported from the United States. Agnant's family migrated to East Flatbush, Brooklyn from Haiti. He became immersed in the street life by selling drugs during the crack epidemic of the 1980s and 1990s. Eventually, he became a club promoter.

He was also involved with singer Madonna. Agnant managed various rappers and collaborated with Wyclef Jean, who is a paternal relative. He became friends with rapper Tupac Shakur. Shakur accused Agnant of orchestrating the robbery at Quad Recording Studios in 1994 in his song "Against All Odds," in which Shakur was shot. Agnant denied that he had ordered the attack. 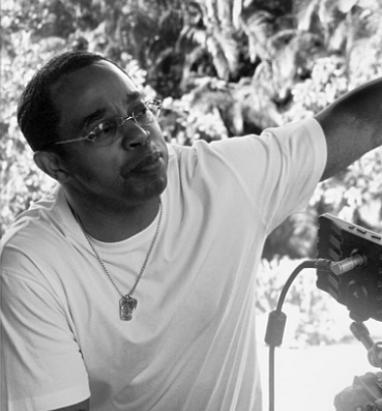 Cynthia Delores Tucker (October 4, 1927 – October 12, 2005) was an American politician and civil rights activist. She had a long history of involvement in the American Civil Rights Movement. From the 1990s onward, she engaged in a campaign against gangsta rap music. Tucker dedicated much of the last few years of her life to condemning sexually explicit lyrics in rap and hip-hop tracks, citing a concern that the lyrics were misogynistic and threatened the moral foundation of the African American community.

Called "narrow-minded" by some rappers who often mentioned her in their lyrics, Tucker picketed stores that sold rap music and bought stock in Sony, Time Warner, and other companies in order to protest hip-hop at their shareholders' meetings. She also fought against the NAACP's decision to nominate late rapper Tupac Shakur for one of its Image Awards and filed a $10 million lawsuit against his estate for comments that the rapper made in his song "How Do U Want It?" on the album All Eyez on Me, in which Shakur rapped "C. Delores Tucker you's a motherfucker / Instead of trying to help a nigga you destroy a brother". In her lawsuit, Tucker claimed that comments in this song, and on the track "Wonda Why They Call U Bitch" from the same album, inflicted emotional distress, were slanderous and invaded her privacy. This case was eventually dismissed. 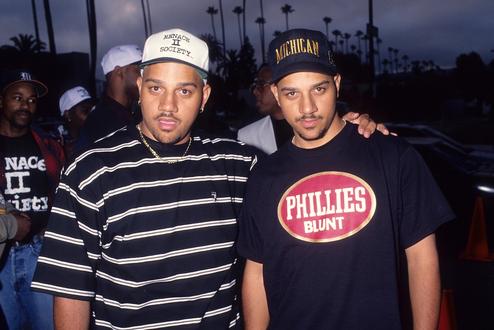 Chino XL likes to put metaphors in his songs. In one of Chino XL's songs, he says "...or you will get fucked like Tupac did in jail." For the record, it was Wendy Williams of Hot 97 in NYC who started that rumor. This really pissed Tupac off. 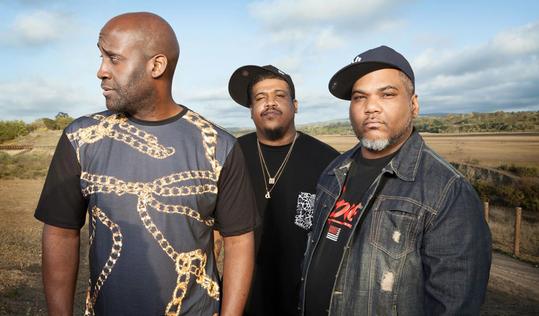 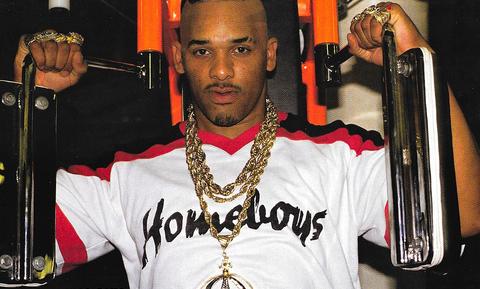 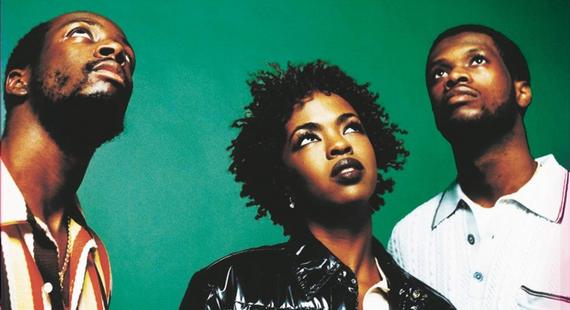 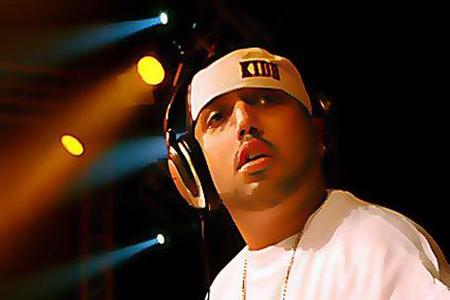 Wendy Williams Hunter (born July 18, 1964) is an American broadcaster and writer. From 2008 to 2021, she hosted the nationally syndicated television talk show The Wendy Williams Show. Prior to television, Williams was a radio DJ and host and quickly became known in New York as a shock jockette. She gained notoriety for her on-air spats with celebrities and was the subject of the 2006 VH1 reality television series The Wendy Williams Experience, which broadcast events surrounding her radio show. Before his death in 1996, Tupac created a diss song aimed at Williams after she spread a rumor about the rapper.

Albert Hughes and Allen Hughes (born April 1, 1972), known together professionally as the Hughes brothers, are American film directors and producers. The pair, who are twins are known for co-directing visceral, and often violent, movies, including 1993's Menace II Society, 1995's Dead Presidents, 2001's From Hell and 2010's The Book of Eli. The brothers did most of their collaboration between 1993 and 2001. Tupac Shakur was originally supposed to play a role in Menace II Society but was fired by Allen Hughes, apparently because Tupac was causing problems on the set. The firing lead to Tupac and Allen Hughes actually coming to blows and Tupac wound up being found guilty for assault and battery, as a result.

Shawntae Harris-Dupart (born April 14, 1974), better known by her stage name Da Brat, is an American rapper. Born and raised in Chicago, Illinois, she began her career in 1992, the year she signed with So So Def Records. Her debut album Funkdafied (1994) sold one million copies, making her the first female solo rap act to receive a platinum certification, and the second overall female rap act (solo or group) after Salt-N-Pepa.

On her Facebook in 2016 she posted "I hated the beef between Big and Pac. Regardless they BOTH are LEGENDARY GENIUSES who changed the game FOREVER. RIP BIG, PAC, AALIYAH, EASY, LEFT EYE, JAM MASTER JAY, HEAVY D, OLD DIRTY BASTARD, NATE DOG, PIMP C, MJ, WHITNEY, BIG L, MC TROUBLE, PUN, TROOP, NATINA, AND WAAY TOO MANY MORE. I am grateful to have known these people for the time GOD allowed them to be with us."

The Fugees is an American hip hop group formed in the early 1990s. Deriving its name from a shortening of the word "refugees", the group consists of Wyclef Jean, Pras Michel, and Lauryn Hill. The group rose to fame with its second album, The Score (1996), one of the best-selling albums of all time. The group is often cited as being one of the most significant alternative hip hop groups of the 1990s.

Tupac would go on to diss the Fugees on the record ‘When We Ride On Our Enemies.’ Although leaked after Tupac’s passing, the song didn’t come out till six years later on Tupac’s posthumous release ‘Better Dayz.’ “Heard the Fugees was tryin’ to do me Look, bitch, I’ll cut your face, this ain’t no motherfu–in’ movie,” During his interview with Math Hoffa, Wyclef explained why he thinks Tupac dissed the Fugees. “It’s not a mystery. My connection with Haitian Jack, it is not a mystery. And I think the way Pac would move with his attacks would be is if its a problem with him but he’s there and he’s there, everyone is going to get it,” Wyclef explained.

Fugees rapper Pras sat down with VladTV in June 2016 to talk about his relationship with 2Pac, the Fugees diss track Pac released, and being with 2Pac a few days before he went to Vegas. "But before Pac died I was with him that Thursday at the MTV Awards cause he got shot that Saturday in Vegas. MTV was in New York. It was already squashed before he left to Vegas.

James Rosemond (born February 5, 1965, often known as Jimmy Henchman or sometimes Jimmy Henchmen is an American entertainment record executive and convicted drug trafficker. n June 2010, he was arrested on charges of cocaine trafficking, money laundering, and witness tampering. On June 5, 2012, Rosemond was convicted in Federal District Court in Brooklyn of drug trafficking, obstruction of justice, firearms violations and other financial crimes associated with his position as head of a multi-million-dollar transnational cocaine-selling organization. On October 25, 2013, Rosemond was sentenced to life imprisonment. As part of his sentence, Rosemond forfeited approximately $14 million in cash and property.

Henchman was mentioned by name by Tupac Shakur in his song "Against All Odds" on his album The Don Killuminati: The 7 Day Theory, on which Shakur raps "promise to payback Jimmy Henchman in due time." Tupac believed that Henchman was involved in setting up the shooting and robbery of Shakur at the Quad Recording Studios in New York in November 1994. In 2012, a man named Dexter Isaac, serving a life sentence for unrelated crimes, claimed that he attacked Shakur that night and that the robbery was indeed orchestrated by Rosemond.

De La Soul is an American hip hop trio formed in 1988 in the Amityville area of Long Island, New York. They are best known for their eclectic sampling, quirky lyrics, and their contributions to the evolution of the jazz rap and alternative hip hop subgenres. The members are Posdnuos, Trugoy, and Maseo. The three formed the group in high school and caught the attention of producer Prince Paul with a demo tape of the song "Plug Tunin'". With its playful wordplay, innovative sampling, and witty skits, the band's debut album, 3 Feet High and Rising, has been called "a hip hop masterpiece.

De La Soul's second album, De La Soul Is Dead (1991) was a much more mature album. It featured a wealth of material that criticized the violent, careless direction that hip hop was heading in at the time, though it still managed to maintain a light, absurd sense of humor. The group's third studio release, 1993's Buhloone Mindstate, saw the group evolve a new sound as they continued to grow stylistically and musically. The album's first single, "Breakadawn", used a sample of Michael Jackson's "I Can't Help It" and Smokey Robinson's "Quiet Storm"

The Breakdown” video provides a step by step analysis of a series of misunderstandings that led to Tupac’s vitriol toward the Long Island, NY crew. The rift began with some striking similarities between Tupac’s video for “I Get Around,” and elements of De La Soul’s video for “Ego Trippin’ (Part Two),” which Pac perceived to be mocking his video.

On “Against All Odds,” the De La Soul attack was buried in Pac’s ad libs. As he raps “Niggas lookin’ like Larry Holmes, flabby and sick. Tryin’ to player hate on my shit, you eat a fat dick,” Pac can be heard in the background saying “Look at De La Soul. Eat a dick!” In “Watch Ya Mouth,” he is more forthright, loudly rapping “De La got a problem with this hard shit. Ever since ‘Me, Myself & I,’ y’all been garbage. I’ma keep it real, show you how it feels to ride. Y’all went three feet and stopped rising.”