The album's non-chronological sequence focuses on the highlights of 2Pac's career. 21 of his tracks are accompanied by four previously unreleased songs: "God Bless the Dead", "Unconditional Love", "Troublesome '96", and "Changes". Some tracks have alternate mixes, while the original mix of "California Love" makes its first proper album appearance after initially only being available as a single.

Changes" earned 2Pac the first and only posthumous Grammy Award nomination for Best Rap Solo Performance. This is one of two 2Pac releases—and one of only nine hip hop albums—to have been certified Diamond in the United States.​ Greatest Hits debuted at number five on the US Billboard 200 chart, selling 268,000 copies in its first week.

In January 1999, the album reached its peak at number three on the chart. It has spent 319 weeks on the Billboard 200. On October 16, 2000, it was certified 9× platinum. Nearly 11 years later, in June 2011, it was certified by the RIAA for shipments of over 10 million, the late rapper's first RIAA Diamond award. With 5.33 million units sold which is 10.66 million in RIAA sales, it remains the best-selling rap greatest hits compilation of all time and the twentieth best-selling rap album since Nielsen Soundscan began tracking record sales in 1991.​​ 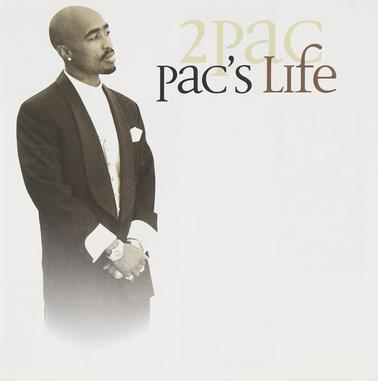 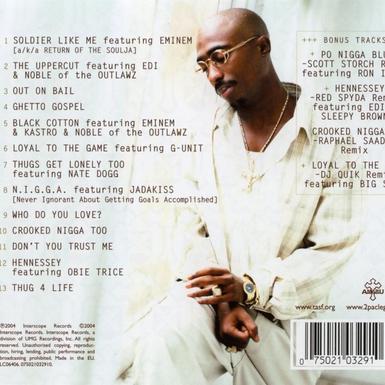 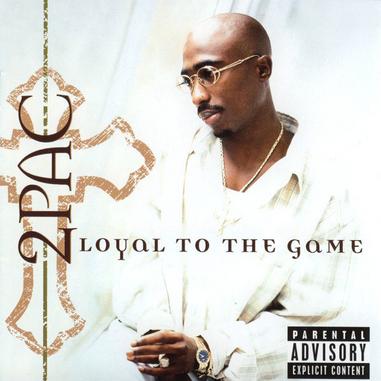 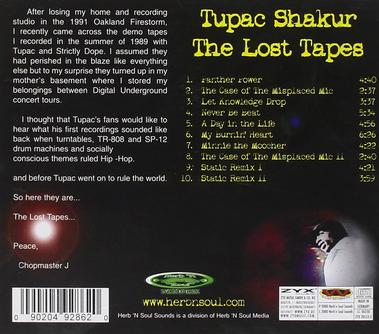 Until the End of Time is the seventh studio album and third posthumous album released on March 27, 2001. It follows his previous posthumous albums R U Still Down? (Remember Me) and Still I Rise. The album consists of material recorded while the rapper was on Death Row Records from 1995 to 1996. The album debuted at number one on the US Billboard 200 chart, selling 426,870 copies in its first week. The album was certified quadruple platinum by Recording Industry Association of America (RIAA).

The album is the result of a collaboration between Afeni Shakur's Amaru Records and Suge Knight's Death Row Records, and features previously unreleased works by Shakur. The majority of the music compositions were remixed from their original state. Highly anticipated, Until the End of Time was ultimately one of the best selling hip hop albums of 2001. 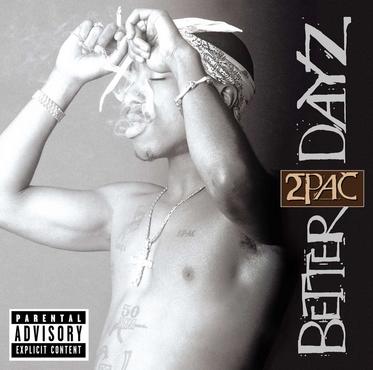 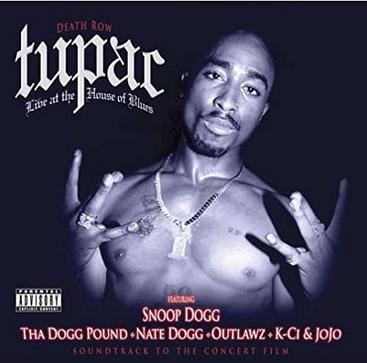 Pac's Life is the tenth and final studio album by American rapper 2Pac. It is also his sixth posthumous album. The album was released on November 21, 2006, in the United States, on Amaru Entertainment. Its 2006 release date was intended to commemorate the tenth anniversary of his murder. The album debuted at number nine on the US Billboard 200 chart selling 159,000 copies in its first week.

​A broad range of artists contributed to the album, including Outlawz, Krayzie Bone, Snoop Dogg, Chamillionaire, Ludacris, A-3, Big Syke, Papoose, Keyshia Cole, Jay Rock, Young Buck, Ashanti, T.I., Lil' Scrappy, Nipsey Hussle, three posthumous appearances by Kadafi, and Jamal Woolard, who became famous for portraying The Notorious B.I.G. in the 2009 biopic Notorious. 14 out of the 15 tracks were remixed posthumously with "Soon As I Get Home" being the only track left un-altered from the way 2Pac recorded it.

Reviews from critics and fans were mixed, with the general consensus being that while 2Pac's vocals were undoubtedly strong, the modern production sounded commercialized. AllMusic wrote: "This isn't to say that there is not some great material on Pac's Life, because there is ..., but the power of 2Pac's words is often lost behind the modern production ... and new verses from artists like Ludacris, Lil Scrappy, Ashanti, and Young Buck. 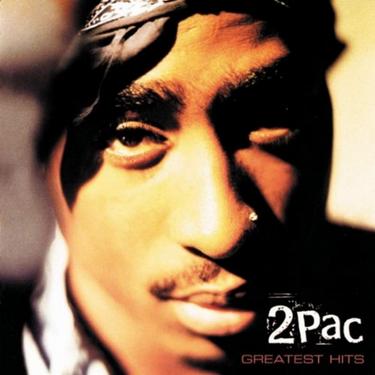 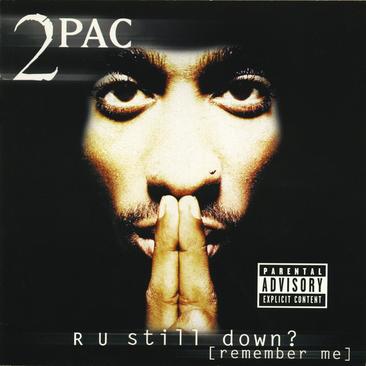 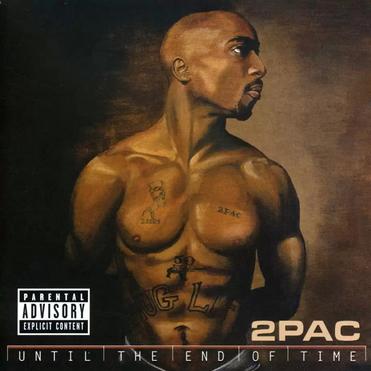 Still I Rise is a collaboration album by 2Pac and the Outlawz. The album excludes some of the original line up of the Outlawz, including Hussein Fatal, who had left the group as he had refused to sign to Death Row.

The album contains all previously unreleased, albeit remixed material. It was released on December 21, 1999, by Death Row Records and Interscope Records. 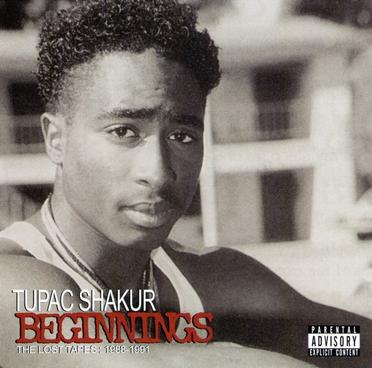 Although the album is credited to 2Pac, the concert was in fact a joint show with Snoop Dogg and tha Dogg Pound. The concert was divided into two halves: Throughout the first half 2Pac, backed by his hip-hop-clique, the Outlawz, performs and features R&B duo, K-Ci & JoJo, while in the second half, Snoop Dogg goes back and forth with tha Dogg Pound and features West Coast singer, Nate Dogg. For the shows climax, 2Pac rejoins the stage and he and Snoop perform their then recent hit, "2 of Amerikaz Most Wanted".

Tupac: Resurrection is a soundtrack album for the Academy Award-nominated documentary of the same name. It was released on November 14, 2003 by Amaru Entertainment and Interscope Records.

​It includes several previously released 2Pac recordings, including "Death Around the Corner" from Me Against the World, "Secretz of War" from Still I Rise, "Holler If Ya Hear Me" from Strictly 4 My N.I.G.G.A.Z. and "Rebel of the Underground" from 2Pacalypse Now; and unreleased 2Pac verses re-constructed into new tracks such as "Ghost", "One Day at a Time", and "Runnin (Dying to Live)". 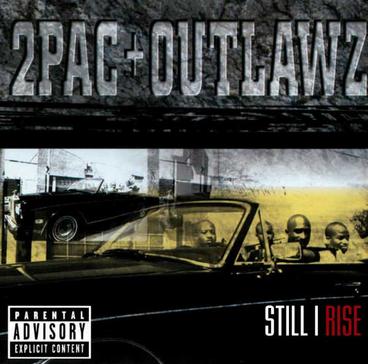 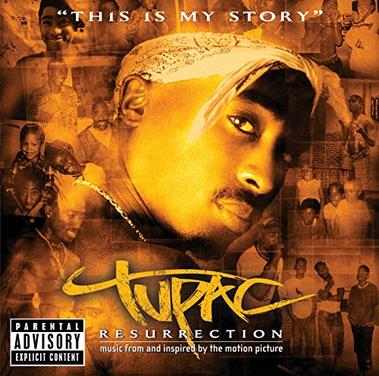 Beginnings: The Lost Tapes 1988–1991 is a posthumous album by American rapper 2Pac, released on June 12, 2007 by Koch Records. The album was originally released on April 18, 2000, in bootleg form under the title The Lost Tapes: Circa 1989, but the selling was quickly halted due to copyright infringement.

The songs featured on Beginnings... were originally created by Tupac Shakur and his early crew, Strictly Dope, between 1988 and 1991. While these songs led to 2Pac joining a concert tour with Digital Underground as a roadie for Chopmaster J and a dancer and crew member for Digital Underground, most of them were not heard by the general public (with the exception of "Panther Power", "The Case of the Misplaced Mic" and "Static"

​In the year 2000, Chopmaster J rediscovered the recordings in his mother's basement and released them as an album on April 18, 2000, under the title The Lost Tapes: Circa 1989. However, the selling was soon stopped by 2Pac's mother, Afeni Shakur, due to copyright infringement. In 2007, the same songs were re-released with Afeni Shakur's approval, as Beginnings: The Lost Tapes 1988–1991.

Better Dayz is the eighth studio album and fourth posthumous album by the late American rapper 2Pac, the third to be released without the artist's creative input and is the last to be a double-album.

It was released on November 26, 2002, debuting at number five on the US Billboard 200. This album is the second of two albums (the first being Until the End of Time) that consists of a collection of previously unreleased material by way of remixed songs from Tupac's "Makaveli" period while signed to Death Row Records, and was produced by Johnny "J", Jazze Pha, Frank Nitty, and E.D.I. Mean of Outlawz.

​Better Dayz has no censored references to Death Row Records unlike the previous album, Until the End of Time. The only track on the album pre-Death Row era is "My Block (Remix)", which was recorded in 1994.

Better Dayz debuted at number five on the US Billboard 200 chart, selling 366,000 copies in its first week. This became 2Pac's eighth US top-ten album. In its second week, the album dropped to number eight on the chart, selling an additional 163,000 copies. As of September 2011, the album has sold 1,765,597 copies in the United States. On July 23, 2014, the album was certified triple platinum by the Recording Industry Association of America (RIAA) for sales of over three million copies. In May 2003, the album was also certified triple platinum in Canada for sales of over 300,000 copies in Canada.​ 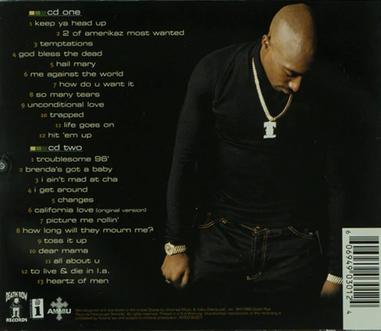 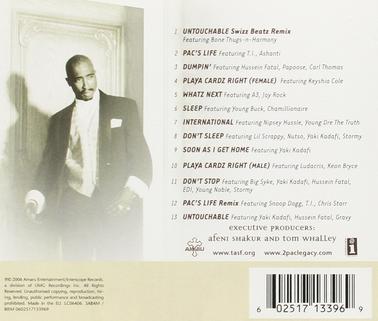 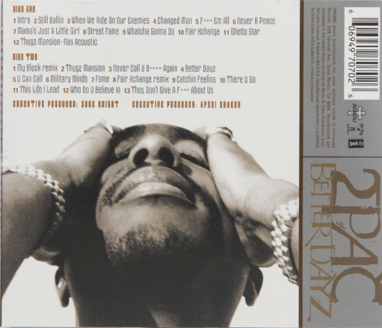 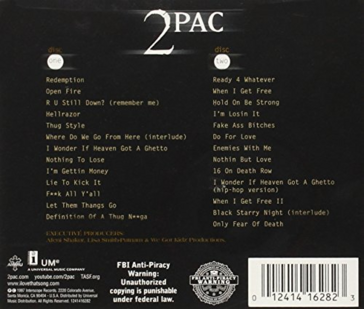 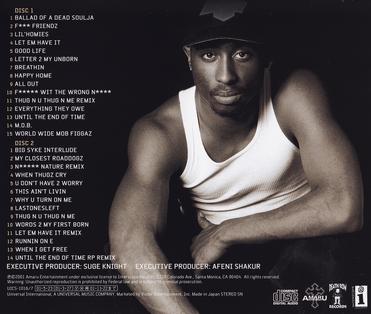 R U Still Down? (Remember Me) is the sixth studio album and second double album by American rapper, 2Pac, released posthumously on November 25, 1997. It was the first album to be released without his creative input and contains previously unreleased material from the time period of his albums Strictly 4 My N.I.G.G.A.Z., Thug Life: Volume 1 and Me Against the World.

The album's production was overseen by We Got Kidz Productions producing entirely new instrumentals for numerous songs, adding new production to various original instrumentals and serving as the album's executive producer, alongside Afeni Shakur and Lisa Smith-Putnam. Other producers hired to create new music for the album were QDIII, Soulshock & Karlin, Mike Mosley, and Ricky Rouse.

R U Still Down? was the name of several handwritten track lists 2Pac had written in 1993 and 1994 that featured both, unreleased songs and songs that would later be issued on Me Against The World and Thug Life: Volume 1. Interscope Records originally planned to release an album under the same name in December 1995, during 2Pac's imprisonment. With no new material being able to be recorded, like R U Still Down? (Remember Me), the album was to feature unused songs from his previous three albums, However, this version was never released due to 2Pac's early release from prison, by virtue of signing to Death Row Records.

R U Still Down? (Remember Me) sold 549,000 copies in its first week, reached multi-Platinum status (4 million sold) in under a month and topped the R&B charts in the United States for three weeks.​

Loyal to the Game is the ninth studio album and fifth posthumous studio album by American rapper Tupac. The album was produced by Eminem and consists of remixes of previously unreleased music recorded by Tupac before his death in 1996. Released in the United States on December 14, 2004, Loyal to the Game debuted at number one on the US Billboard 200 chart. It was later certified Platinum by the Recording Industry Association of America (RIAA)

During an interview with MTV, Eminem stated he was so moved by Tupac's life and work that he wrote a letter to Tupac's mother, Afeni Shakur, asking her to consider letting him produce his next album. Shakur agreed, allowing Eminem to produce three new songs for the 2003 soundtrack album, Tupac: Resurrection, and the entirety of Loyal to the Game, bar bonus content.

​Loyal to the Game marks the only posthumous Tupac album not to feature any original production. When remixing these songs, Eminem used various unusual production techniques, namely, modifying the pace and pitch of Tupac's voice to better suit the instrumentals he produced. The style of the production on the album fitted more to the form of a Shady/Aftermath release, of which Eminem partly created, than it did to any original or previous posthumous Tupac release.​ 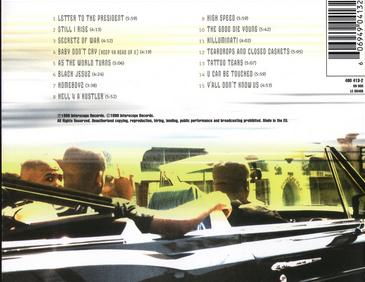