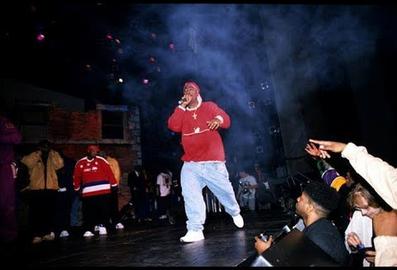 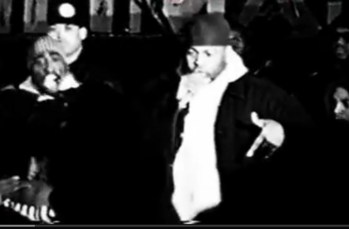 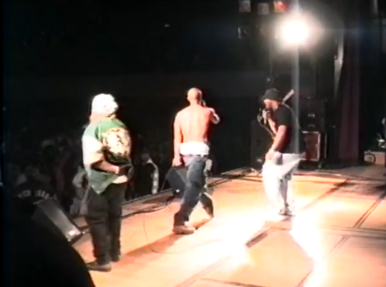 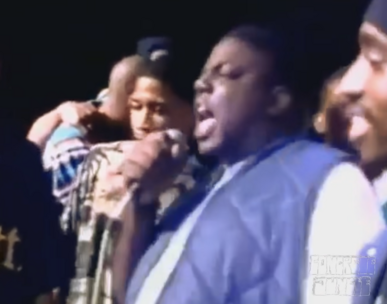 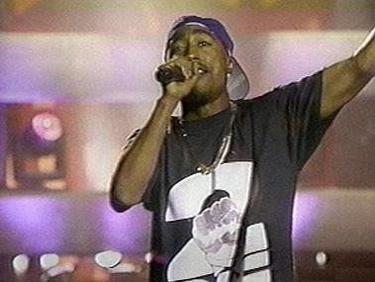 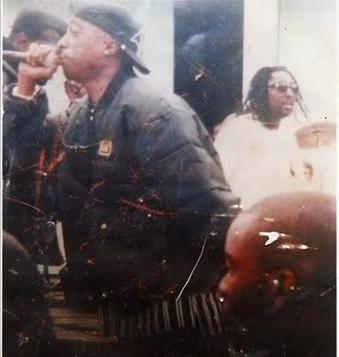 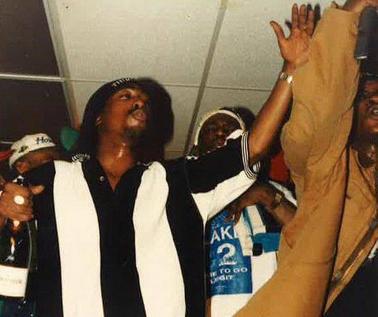 Budwesier Superfest: October 24, 1993 Tupac performs his verse "Nothing 2 Lose" on a freestyle stage with Big Daddy Kane, Biggie Smalls, Scoob Lover and Shyheim for the Budweiser Superfest in Madison Square Garden, New York City. Photo is from a different event. 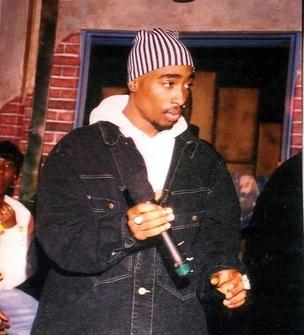 Michigan State University: On April 5, 1993 Tupac performs "Souljah's Revenge" with thug life members Big Syke and Man Man in East Lansing Michigan. During the show Tupac allegedly swung a bat at Chauncey Wynn a member of the rap group M.A.D. after an argument over the microphone. It was pandemonium, after that they shut down the concert. Tupac got arrested the next day at the Airport for the incident. 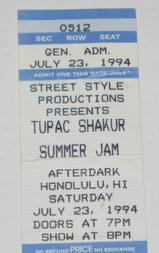 Howard University:  February 1993 Tupac performs his verse from 5 Deadly Venomz with Freddie Foxx on stage in Washington D.C. Tupac could also be seen showing off his thug life tattoo.

Capitol Theater: On April 16, 1993 Tupac performs I'm Gettin Money and Gotta Get Mine with MC Breed on stage in Michigan. 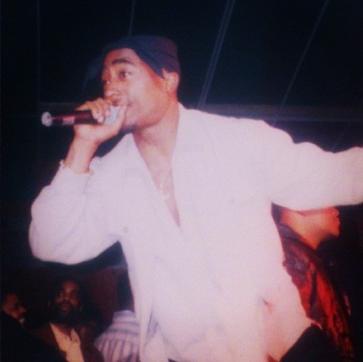 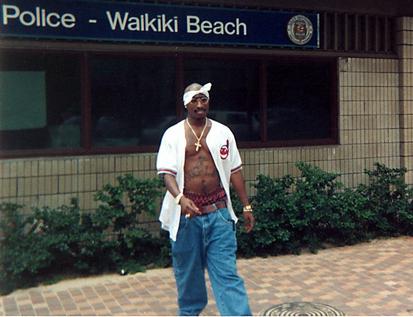 New Regal Theater: On February 27, 1994 Tupac performs with Thug Life at the New Regal Theater in Chicago, Illinois. He reportedly performs about six songs, among them Out on Bail and Keep Ya Head Up. MC Lyte co-headlines the performance and 2Pac attends an after-party. 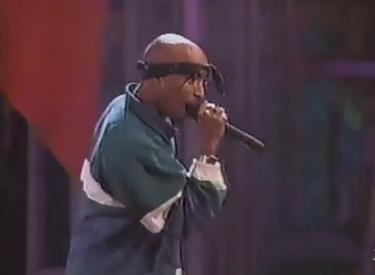 Arsenio Hall Show: On March 8, 1994 Tupac & Stretch perform Pain on the Arsenio Hall Show. The version performed live is slightly different than the retail. The rest of the thug life members Mopreme and Big Syke could also be seen on stage. 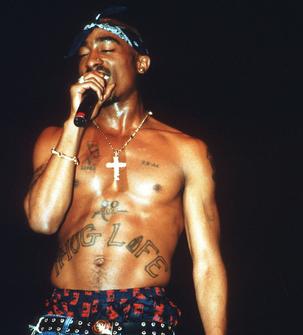 "A Photo Tribute to Tupac"

The day he went over the edge

The article explains that Tupac opened with the track “Bury Me a G" but midway through the song, his mic started fading in and out so 2pac was running around trying to get his mic to work. Finally, he got a working mic and half way through the song, 2pac stopped the show for a “moment of silence” for the 14-year old girl killed in Chicago by an 11-year old boy who was later killed himself. But before the “silence” began 2pac yelled out: “You better stop killing those babies or else I’ll murder you myself!”

Tupac then started yelling "I taught you all about harming those babies. Keep it up and I’ll murder all you muthafuckas.” The audience started throwing coins and gang signs. Chaos was erupting all around and shots were fired but luckily no one was hit. Police started entering the arena and Mecca security tried to guide the people out so they wouldn't get trampled. 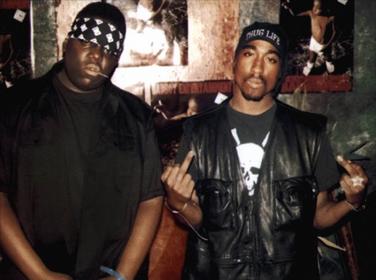 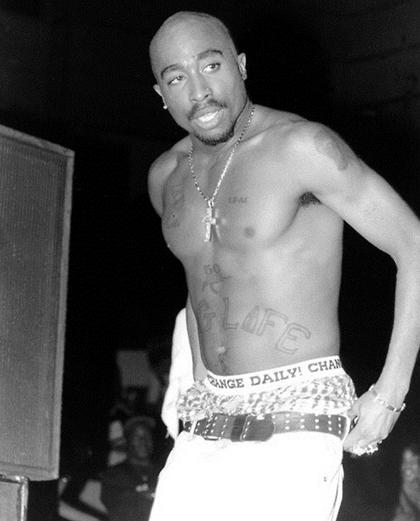 MTV Live Jams: On July 28, 1993 Tupac performs “Keep Ya Head Up”, then after a short break, the late rap legend shows some love and appreciation to Shock-G, calling him up on stage for the next track described as “summer song” and “Made for the streets” – “I Get Around”. 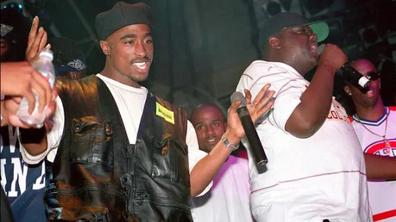 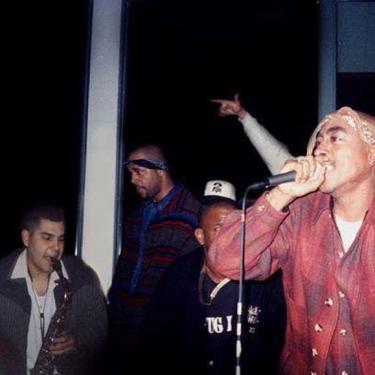 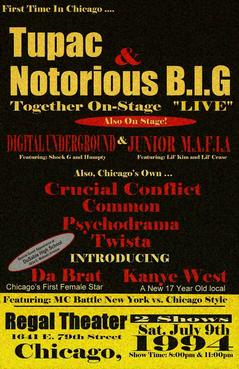 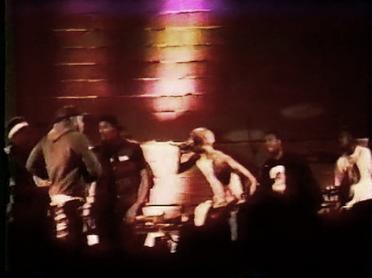 Trafalgar Square: Tupac performs his verse "Nothing 2 Lose" and other songs with Biggie Smalls and the thug life crew at the Trafalgar Square in Jamaica Queens, NY. Dres from Black Sheep and the Legion also performed on stage.

Source Awards: April 25, 1994 Tupac performs "Out on Bail" with his thug life crew at the Source Awards. Tribe Called Quest went to accept the award but Tupac got the green light to go and perform on stage. According to Q-Tip the whole thing was a miscommunication.

Arsenio Hall Show: On July 19, 1993 Tupac performs "I Get Around" with Digital Underground & the members from thug life could be seen in the background rolling dice and also yelling out "It ain't no party like a thug life party cause the thug life party don't stop" 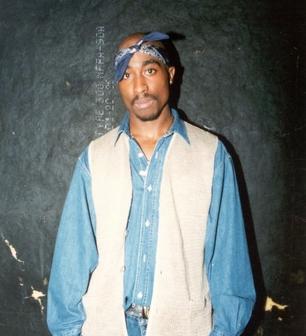 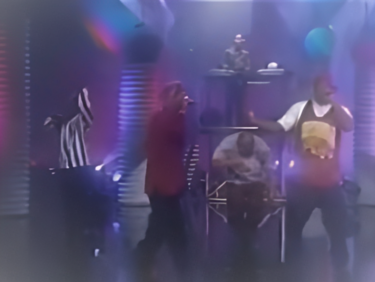 Townsend Television: Tupac performs "I Get Around" with Big Stretch & Mopreme on the Townsend Television. A sketch comedy television show that aired on Fox on Sunday nights from September 12, 1993 to December 26, 1993. 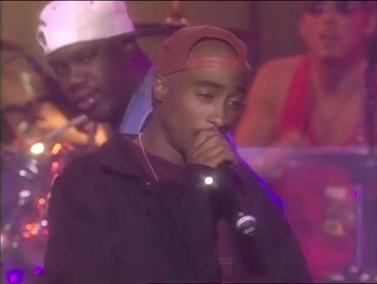 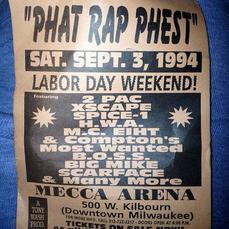 Teen Summit: On February 20, 1993 Tupac and Digital Underground perform "I Get Around" on Teen Summit.